Ever See A Car With A Trump Bumpersticker And One For A Progressive Democrat?

Washington’s 5th congressional district takes up the entire eastern end of the state, from the Canadian border to the Oregon border and right along the Idaho border. The biggest population center is Spokane. It’s a winnable district, although Democrats have been doing badly there in recent years. Obama lost the district both times he ran and Trump crushed Hillary 52.2% to 39.1%.

Blue America endorsed him today and he wrote this guest post to introduce himself to our members. He talked about a family he met while canvassing door to door:

In mid-December, I sat down with a family in our district. They told me about how their son died of stage 4 cancer at 19 years old. It was entirely preventable, but the insurance company would not approve payment for a test they deemed “exploratory.” By the time Colin told his football coach he wasn’t feeling well and was rushed to the hospital it would be too late. The cancer had, by the doctor’s measure, been advancing undetected since age 12 and would ultimately take his life at the young age of 19. Once Colin’s mother Trina finished sharing his story, I told her about how, while Active Duty, I had incredible insurance that involved no profit margins or insurance haggling. When a military doctor felt you should get a test, they sent you to get it because your safety was their top priority, not billing. When they sent us for those tests, the military doctors didn’t need to fill out endless forms to justify their referrals and recommendations. Doctors just focused on one thing– being doctors to patients in need. Why does someone come to a person running for office and share their story? Simple: advocacy and change. Because they hope to prevent future tragedies from hurting others like they have been hurt. So I told this family about how I was simultaneously receiving incredible military healthcare while I was helping a family member of my own out from under crippling medical debt. I told her I had met a woman two weeks before who was splitting a single insulin prescription between three family members. We talked about how our corrupt and predatory for-profit healthcare system is destroying lives in our communities every single day. Concerned friends and family immediately asked: “How are you going to pay for it?” It’s a question we get daily anytime we bring up how critical a single-payer healthcare system is. But this is not something we expected to hear from a loved one to a grieving mother. It was hard for me to hear that question during such an emotionally charged discussion. However, as a mother who faced the preventable death of her son first hand, she has turned that tragedy into a life of advocacy and she kept telling us her son’s story. Once the conversation was done and everyone was leaving, one of Colin’s relatives walked up to me and surprised me with a big hug. They said “I am a Trump supporter, and I disagree with you on some things, but I know you’re straightforward. I want to put your bumper sticker on my car next to my Trump bumper sticker.” He is a family man, works at an auto repair shop, and really wants to see healthcare and jobs come to his district.

“Corporations,” said Armitage in his introductory campaign video, “have enough representation. I want to represent real people, the people I live and work with, the people I march alongside, the people from the local organizations that are driving real change, people who make up our community. That’s why I’m committed to running my campaign on individual donations only. Eastern Washington deserves a Representative who is not for sale.”

Thanks for always doing what you can to make a better world. 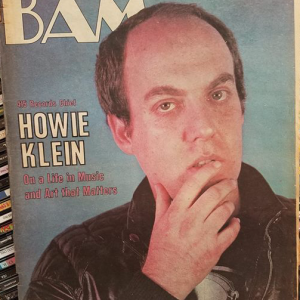 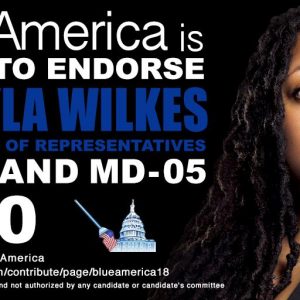 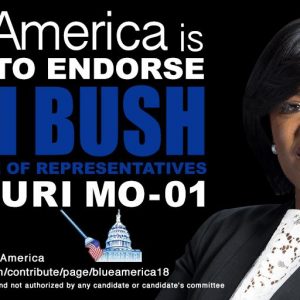 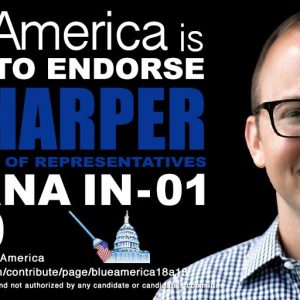 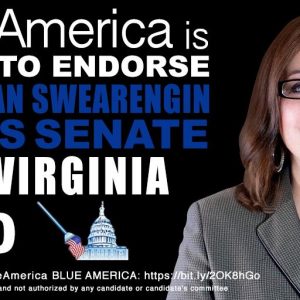