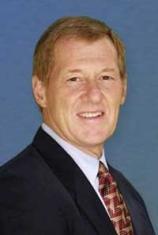 We haven’t done a fundraiser in some time for a candidate that we hope will knock off a dreaded Bush Dog so it’s time to set our sights on establishment Democrat Dan Lipinski. Markos sets the tone this time with:

But we have one tool available at our disposal — the primary system. Nothing screams “pay attention!” than the thought that their actions might cost them their seat. In the past, such primary challenges were rare. The party establishment takes care of its own (witness Nancy Pelosi fundraising for the corrupt Al Wynn). But we’re starting to build the infrastructure to seriously give bad Democrats a run for their money. And while we must focus on election more Democrats in November, we also have to begin the process of getting rid of the bad Democrats…read on

Lipinski snaked into office because of his dad (remind you of anyone?) —is against stem cell research—got a zero rating from Planned Parenthood and NARAL and has joined the Malkin Wing of the immigration party. DailyKos, FDL, DWT, AmericaBlog and C&L are looking to get about 2700 new donations to Pera’s campaign during this week.

We’re off to a good start so far. We’ll be trying to knock out AL Wynn in our next Bush Dog Heavyweight Bout.