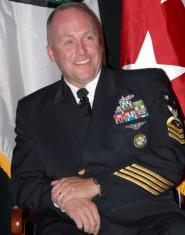 DWT contacted Doug Tudor, a twenty year naval veteran who has decided to challenge (Florida Republican Congressman Adam) Putnam is his central Florida bastion east of Tampa. Formerly a strong Democratic district, dispirited Democrats didn’t even bother running a candidate in 2006. Tudor is shaking up politics in Polk County, not by trying to echo Republican talking points but by presenting a clear and powerful alternative, the alternative Americans want to hear. Predictably, the cowardly Democratic Establishment, which prefers Republican-lite candidates, is trying to ignore his grassroots race. Tudor, who traveled to Iraq over 30 times, has been endorsed by Democracy for America. His politics are strongly progressive across the board. He wants to end the war in Iraq. He defends a woman’s right to choice. He would never support inequality for any Americans and he supports the equal rights for gay men and women. He knows Bush will never end the war and in his campaign speeches he calls on Nancy Pelosi, Harry Reid and Florida Senator Bill Nelson to end the war. I had a feeling he might have something to say about warrantless wiretapping and retroactive immunity. He did:

“On five occasions during my Navy career, I raised my hand and affirmed ‘to protect and defend the Constitution against all enemies foreign and domestic.’ Members of Congress take a similar oath. I believe that those members who voted in favor of HR 6304 did so in violation of their oath of office. I would have voted against this bill.”