The best congressional rematch of 2012 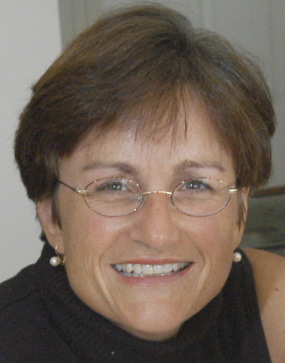 On election night 2010, when progressives around the country were pummeled and defeated, one race kept us all up late, hoping against hope that we’d have a memorable victory among the defeats. As it turned out New Hampshire’s 2nd congressional district candidate Ann McLane Kuster lost to Charlie Bass that night by only a few votes, but showed that even in a GOP tsunami she had what it took to compete as a progressive. So naturally she’s challenging Bass to a rematch in 2012.

This time there’s no doubt about what she’s up against. Bass has turned out to be a very typical Republican by voting to end Medicare and then whining about semantics when Democratic groups called him on it. He’s collecting money from all the usual suspects, notably energy and insurance companies who have business in front of the energy and commerce committee, along with practically every other lobbyist from tobacco to Walmart. It didn’t take him long to put his hand out and start collecting the big bucks from the corporations and the 1 percent.

By contrast Annie has had over 11,000 individual donations, 90% of which are under a hundred dollars. (You can join the crowd, by donating to her campaign here.)

She’s running a grassroots campaign with an army of progressives on the ground and around the country who are anxious to see a “frugal yankee” put these priorities to work for the people:

I believe we need to cut wasteful government spending — like the billions in subsidies for oil companies, the corporate tax breaks for moving jobs overseas, and the billions more spent on redundant weapons systems that our military leaders have identified as wasteful and unneeded. But instead of these cuts, the US House of Representatives is cutting what we need most: education, public safety, and the clean energy research that will reduce our dependence on foreign oil. It makes no sense. America can do better than this — so, it’s time for all of us to do something about it.

America can do better — with the help of dedicated, energetic progressives in the House, fighting for the people instead of catering to the special interests.

We are very excited to once again endorse Ann McLane Kuster for the congressional seat in New Hampshire’s second district and are pleased that she has accepted our invitation to join us for the first Blue America chat of the 2012 campaign this Saturday at 2pm est and 11am pst at Crooks and Liars. Please join Annie and us for a freewheeling conversation about her campaign, the state of politics and her plans to help us all create a better country for the 99%.

And if you would like to help her with this grassroots endeavor, you can contribute to her campaign here.

We’re all in this together,

Digby, for Howie, John and the Blue America team