We’ll Match Your Donation To #StandWithPlannedParenthood 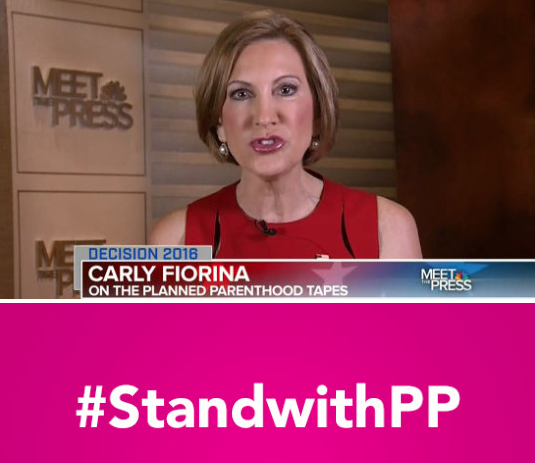 Unfortunately, this past Thanksgiving holiday was not just marked by the usual Walmart brawls and long lines waiting for Best Buy to open. This year we had to endure an act of terrorism perpetrated on our own soil: a man gunned down 12 people, killing three, in a Planned Parenthood clinic in Colorado Springs. Afterwards, he was said to have declared “no more baby parts.” Those two words — “baby parts” — are used by Republican demagogues to describe the practice of life-saving scientific research which uses fetal tissue. It refers to some hoax videos circulated by anti-choice zealots in furtherance of their cause.

It is inflammatory incitement and it did its job this last week-end.

The GOP presidential candidates were all very slow to condemn this murderous attack. And when they did, it was in the most grudging terms possible. Carly Fiorina, the candidate who blatantly lied before 25 million in the GOP presidential debate, describing something that never happened in lurid, graphic detail even went so far as to cast blame on the left for even bringing up the possibility that rhetoric such as theirs may have contributed to this atrocity.

All Blue America candidates are crystal clear on where they stand, both in support for Planned Parenthood and against the NRA which makes it possible for zealots to easily acquire the firearms they use to carry out their deadly missions.

This statement from State Senator Jamie Raskin, candidate for Maryland’s 8th Congressional District speaks for all of us:

“The nightmare in Colorado Springs brought together two lethal threats to the American people: the epidemic of gun violence made possible by lax gun laws and the NRA, and the relentless attacks by right-wing fanatics on Planned Parenthood and the right of American women to access basic reproductive health services. Let this outbreak of homegrown terror in Colorado give us the resolve we need to impose civilized gun safety laws in our country and to stop all of the appalling efforts to defund and destroy Planned Parenthood, the largest provider of reproductive health services in the U.S.”

In the spirit of Giving Tuesday, Blue America has decided to match the first $1,000 we collect for any candidates on this page and donate it to Planned Parenthood. We want to help the organization in every way we can and that means giving directly but it also means electing leaders to congress who will stand up and fight for women’s rights. It is imperative that we do both.

We are at a critical time in American politics. Please consider spending some of your “Giving Tuesday” dollars by donating to the Blue America candidates of your choice and we will double the effort by matching it with a donation to Planned Parenthood.