Volunteers? Bob Poe Is Paying His $15 an Hour– An Actual Living Wage 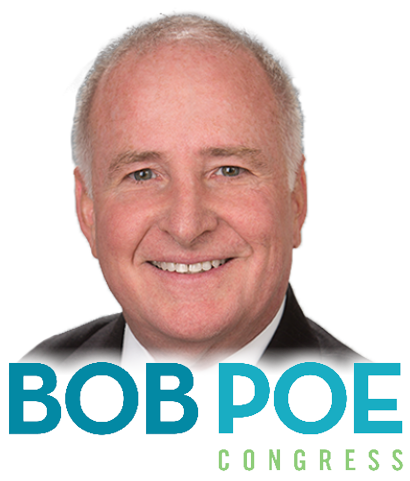 Florida’s newly, court-ordered redistricted 10th district in the Orlando area is so much bluer than it was under the state legislator’s gerrymandered boundaries that the Republican incumbent, Daniel Webster, packed his bags and moved to another, redder district. There are 4 Democrats appealing to Democratic primary voters for the nomination but, as they do, the DCCC has intervened on behalf of the least suitable and most conservative of the candidates. Instead, we’d like you to consider the most competent and progressive of the candidates, Bob Poe.

Today, though, we want to tell you about a field program that Bob is running unlike any filed operation you’ve never seen before. Because he spends his time the way candidates should— knocking on doors and talking to voters– Bob learned early that one of the biggest problems in his district was a lack of opportunity for people with criminal records. They’ve paid their debt to society, but couldn’t get jobs, housing, or car loans, which means they were utterly stuck, with no chance to build any kind of economic security or provide for their families.

Bob likes to say that “in order to make a difference, you have to be a difference.” Well, Bob decided not to wait until he gets to Congress to start making a difference. That’s why he started the Second Chance hiring program for his field staff. Instead of relying on volunteers or unpaid interns for his campaign, Bob hosted 3 job fairs in the district and ended up giving 30 field positions to people with records of conviction or incarceration. Most importantly, because Bob believes in walking the talk about progressive values, their campaign is paying those field staffers $15 an hour. That’s the kind of person we need in Congress living our values and standing up for progressive issues.

As you can see, Bob isn’t running a typical campaign, doing whatever Democratic insiders tell him to– unlike his reactionary New Dem, corporatist opponent, Val “I lost my gun” Demings.

Despite years working to elect Democrats and promote economic populist issues, Bob is running is own campaign, fueled by community members he’s worked with for decades and the kind of grassroots support that shows he’s a man who represents the people. Bob’s campaign is supporting a $15 minimum wage, expanding Social Security, equal pay for equal work, comprehensive immigration reform, and reducing gun violence.

At a time when there’s so little trust and faith in our leaders in Washington, Bob stands out as his own man, running his own campaign and promoting the progressive values and issues that we all share, no matter whether the establishment Democrats are on board or not. One thing’s already been made clear: a Congressman Bob Poe will be the same as candidate Bob Poe– speaking up for the people and working to advance real progressive change in our communities. Please give what you can to help him today.