Phone banking is one crucial way for grassroots candidates to reach out to voters but I’ve been hearing from savvy candidates for several years that the commonly available phone banking software for small grassroots campaigns is subpar. One of the sharpest and most agile of the 2016 Blue America primary candidates, Alex Law, worked on creating a phone banking application called Partic, which is extremely simple on the front end for unpaid volunteers. Candidates can have their volunteers make calls from anywhere in a simple system with the best scripting function out there. It has all the features any campaign needs and none it doesn’t. Blue America would like to contribute the system to some of the campaigns we felt would make the best use of it.

Meanwhile, I asked Alex to explain the system in a guest post.

Why Partic? Why Now?
-by Alex Law

Many of you may remember my race in New Jersey’s 1st Congressional District against corrupt Donald Norcross. I appreciate everything the Blue America family has done for me. This was the first organization to believe in me. 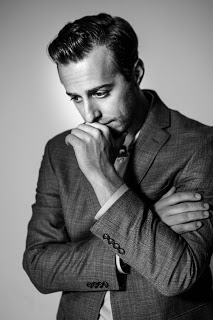 While we ultimately didn’t win the race, we did run one of the most efficient campaigns in 25 years and become the first campaign ever to be endorsed by a major East Coast newspaper against an incumbent in a primary without any major scandal. I know this is just the beginning for me, and I will certainly keep the Blue America family posted with what I do next in politics.

With that said, I know our work isn’t done now. You may have read my letter fundraising for my friends Tim Canova, Alan Grayson, and Zephyr Teachout. That was successful, but I want to do more for the progressive community. Even though I am not in a position to be able to significantly contribute financially, I do have a lot of knowledge about campaigns. To this end, my partner and I built a phone banking application called Partic.

When I looked for a phone banking application during my campaign, I really didn’t like the options. Everything was geared towards robo-dialing. The user experience for actual live callers (our volunteers) was terrible on most applications. This is because the major phone banking services are primarily geared to larger volume enterprises that pay their phone callers. When you pay your callers, you can instruct them to deal with what ever the system is. To those of us who have volunteered on progressive campaigns, we know that just isn’t how it works. If the program isn’t simple and easy to use, volunteers simply won’t use it. This is why so many campaigns, especially small progressive campaigns are forced to rely on incredibly inefficient and expensive solutions to phone banking (usually paper, pen, and landlines).

Partic changes that. We built our application with the volunteers in mind. Everything on the front end is incredibly simple. There is no syncing with your cell phone– volunteers can make calls with a push of a button on the computer. The scripting function allows campaigns to create incredibly detailed scripts, but the volunteers will only see one piece at a time to make communication as easy as possible. All of the data is automatically tracked and available in analyzed reports at any time. Soon, pre-recorded voicemails will be able to be dropped in by the volunteer if no one picks up. This application drives efficiency with great tools but also with great simplicity.

I want progressive campaigns to use this tool. Not to make money, but because better organizing is key to our progress as a movement. As such, I told the leadership at Blue America that I would make our system available at cost to any Blue America campaigns. The better organized we all are, the more seats we can win together.

Blue America wants to give a grassroots organizing advantage– Partic– to two deserving progressive campaigns. Tell us which ones you want us to give gift subscriptions to, by donating any amount to your candidate on this ActBlue page. This weekend we’ll tally up who got the most “votes” (via contribution) and award the top two with a subscription.