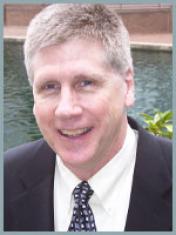 This afternoon at 2pm EDT (11am on the West Coast), Larry Kissell, Blue America’s favorite North Carolina congressional candidate will be visiting with us again over at Firedoglake. This is the last Saturday of the fundraising quarter and we hope you’ll pay a visit to our Blue America page and give Larry and any of our other candidates a hand. Last Saturday, Ambassador Joe Wilson was in Charlotte campaigning with Larry and when he got home he sent us this note:

“I had the privilege and honor to address North Carolina democrats supporting Larry Kissell for Congress in Charlotte, NC, last Saturday night. It was an easy sell. Larry, a teacher and former textile worker, is passionate for change and has a detailed command of the issues. He lost by only 329 votes to Robin Hayes in the last election and has been running again ever since.

Conventional wisdom is that if the Democrats do everything right in 08, the Republican party will be reduced to a regional party of the south and parts of the midwest. Larry is committed to ensuring this iteration of Republican finds no safe haven in North Carolina’s 8th district. By all accounts he will be swept to victory. After all, his opponent is a Bush lackey, having voted with him close to 100% of the time, and plays fast and loose with the truth to his constituents. It was Hayes who as recently as a couple of years ago was arguing that Saddam was tied to Osama bin Laden.

Part of the district houses the families of special forces troops based at Fort Bragg. As has been documented elsewhere, the effects of two fronts on the special forces and their families has been dramatic. Two words to underscore why we need to elect Larry: Webb amendment. Republicans again have put loyalty to a failed President and a disastrous war above care for the troops and their families.

It should be a piece of cake, but we all know that every election is hard fought and that the Republicans will do everything they can to hold on to power. Even as I was flying into Charlotte, the NRCC was again peddling the lies about me, and I’m not even running. Does anybody still believe that the President was not misleading the country about the justification for the invasion of Iraq? The Republican propoganda machine is still pushing the big lie even though it is so last year. They take the American people to be fools, and will continue to do so until we defeat them decisively. Larry is our man to do that in this race in North Carolina.

I met several hundred wonderful democrats in Charlotte last weekend, long suffering democrats who have fought the wars for social justice on the front lines for the last fifty years, only to find themselves marginalized by the reactionary forces of Newt Gingrich, Jesse Helms and their ilk. I was so impressed with their spirit, by their tenacity and by their commitment to reviving the fortunes of progressive southerners who were, after all, the conscience of the country in the civil rights battles.

I promised them, and Larry that I will do everything I can to be of assistance, including returning whenever possible. I hope you all enjoy today with Larry as much as I enjoyed my time with him and his supporters and that you will lend your support to his election campaign so that we can reverse the radical right’s gains in the South.”