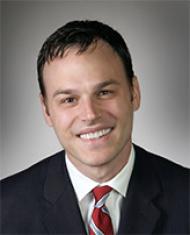 As grassroots Democrat Andrew Rice, running against (Oklahoma Republican James) Inhofe for the U.S. Senate, hammers away at Inhofe’s unconscionable support for a failed and endless war strategy in Iraq, (fellow Oklahoma Republican Tom) Coburn seems to have abandoned him and left him in the lurch, looking like even more of an odd duck than usual.

During a town hall meeting in Muskogee, Oklahoma this past weekend, Sen. Tom Coburn (R-OK) admitted that it was “a mistake” for the United States to invade Iraq in 2003. “I will tell you personally that I think it was probably a mistake going to Iraq,” Coburn told the crowd.

Yeah, probably. Are you wondering if he’s communicated that to Inhofe, generally considered a dunderhead and an embarrassment to many Oklahomans? Apparently he didn’t bother but Inhofe has been contacted by the media. His response:

“No, no, he couldn’t have said that… I cannot believe he said that.”

I guess it wasn’t in the script and Inhofe is short-circuiting. To Inhofe, it’s a moment of terror. For most Americans, it just makes some sense. Inhofe’s opponent– Andrew Rice, not Tom Coburn– will be over at Firedoglake at 11 am Pacific / 3 pm Eastern for a two hour live blog session. I hope you can make it.

It’s mostly about his field of expertise: health care, but he’s more than a little passionate about National Security and Iraq so I’m sure this will come up. If you want to make a contribution to replacing Inhofe with Andrew, you can do it right here.