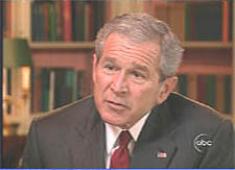 John Amato and Digby have been doing yeoman’s work in covering the latest Bush Regime scandal: torture in the highest places. Late last night John asked me to talk to our Blue America candidates to ask them how the felt about this. In that link above you can read what Eric Massa (D-NY), Dennis Shulman (D-NJ), Leslie Byrne (D-VA), and Tom Perriello (D-VA) have said. Interestingly, Leslie Byrne, who was a member of Congress already and is attempting to reclaim her seat in November, went right to the accountability question. I’m with her– 100%.

Jim Neal is the Blue America candidate who is running against North Carolina’s robotic, lemming-like Bushoid, Liddy Dole. These were his thoughts on this today:

“I am appalled, though sadly not surprised, that the Bush Administration, at the highest levels, authorized and approved torture. Time after time, this administration has trampled the values and principles we hold so dear. Whether it’s engaging in torture, which has no intelligence value and is blatantly immoral, tapping our phones, invading our privacy, and then giving immunity to the law breakers, or using the Justice Department to pursue its political enemies rather than real law criminals, the Bush Administration and their allies in Congress have shown an utter disregard for the American people and our Constitutional form of government. We need real leaders in Washington, who will stand on principle not political expediency.”

Take my word for it; Jim Neal and Liddy Dole agree on very little– and this surely isn’t one of them. Perhaps today would be a good day to visit the Blue America ActBlue page and let this anti-torture candidates know you support their positions with a $5 “thank you.”