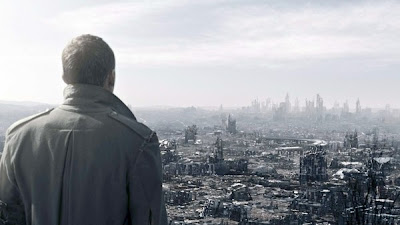 Many progressives, though certainly not all, are disappointed with President Obama for acquiescing to right-wing talking points about deficits and Austerity. It got worse yesterday. But it’s still a touchy– and some even say still nuanced– topic in Democratic circles. But I think what all Democrats– and hopefully most Americans– can agree on is that the extremist obsession with delegitimizing Barack Obama, no matter how you feel about what a weak and ineffective president he is and how angry you may be that he caves to the corporate right, and his presidency is destructive to the country. The GOP version of a “debate” over how to handle the debt ceiling is an attempt at a modern day coup d’etat by the far right. Making the country ungovernable, wrecking the economy and threating the well-being of millions of families is standard operating procedure for fascistic movements. And it’s a procedure that has been more and more put into action by the Republicans since Obama was elected.

This weekend they have pulled every parliamentary trick out of their black hat to force the country into default– or force President Obama out of his comfort zone and into acting on his own to protect the country from their nilhilism in a way that will trigger immediate impeachment hearings. It has long been clear that the ONLY solution to this manufactured debt ceiling “crisis” is to pass a clean bill and then go back to fighting over competing agendas without jeopardizing the fiscal life of American families, businesses, the country itself– and the world economy.

And as for the competing agendas, we’ve seen what the conservative agenda is: more grossly unfair tax cuts for the rich and lots of “shared” sacrifice of the rest of us. THEY ARE GUNNING FOR MEDICARE IN A BIG WAY. And after that they want to abolish Social Security by privatizing it. If we don’t have a president willing to stand up and protect the values and principles behind Medicare and Social Security, it makes all the more crucial that we have Members of Congress who will.

We’ve been talking to Blue America’s endorsed candidates about a statement that sums up where they stand on the competing agendas. In the end, former and future Congressman Alan Grayson wrote it and Ed Potosnak, Nick Ruiz, Ilya Sheyman and Norman Solomon signed onto it. Please read it carefully. Blue America won’t be endorsing any candidates this cycle who can’t embrace these ideas with heartfelt enthusiasm: 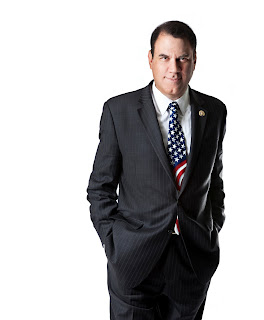 Any one of us can fall prey to poverty. For some, poverty might come through sickness, injury, disability or medical bills. For others, it might come from a lack of education, or from discrimination and bigotry. Or it may come with unemployment or divorce. Regardless of how it happens, any one of us who is poor and sick, or becomes poor and sick, may need Medicaid coverage to alleviate terrible pain and suffering, and even to stay alive.

A just society is one that shelters the homeless, feeds the hungry, and heals the sick. It is one that honors our fathers and mothers. Our first responsibility as Americans is to meet our own needs, and to take care of ourselves. We are judged by how we treat the least among us, the most vulnerable among us.

Therefore, all we who sign this make the following pledge, to the voters of our districts and to all the American People:

We Are Against Any and Every Cut to Social Security, Medicare and Medicaid benefits. Not today, not tomorrow, and not ever. No way, no how. Not on your life, and not on mine, because both your life and my life may depend on it.

Do you approve? Please show your encouragement to Alan Grayson, Ed Potosnak, Nick Ruiz, Ilya Sheyman and Norman Solomon at our Blue America Act Blue page. Actually, showing encouragement is only part of what we’re asking. We need to help these guys get elected to Congress so they can put these ideas into practice.

So while John Conyers is calling for demonstrations at the White House against Obama’s deal, Paul Krugman is brutally honest in the Times: “Make no mistake about it, what we’re witnessing here is a catastrophe on multiple levels… [M]any commentators will declare that disaster was avoided. But they will be wrong.”

For the deal itself, given the available information, is a disaster, and not just for President Obama and his party. It will damage an already depressed economy; it will probably make America’s long-run deficit problem worse, not better; and most important, by demonstrating that raw extortion works and carries no political cost, it will take America a long way down the road to banana-republic status.

The worst thing you can do in these circumstances is slash government spending, since that will depress the economy even further. Pay no attention to those who invoke the confidence fairy, claiming that tough action on the budget will reassure businesses and consumers, leading them to spend more. It doesn’t work that way, a fact confirmed by many studies of the historical record.

Indeed, slashing spending while the economy is depressed won’t even help the budget situation much, and might well make it worse. On one side, interest rates on federal borrowing are currently very low, so spending cuts now will do little to reduce future interest costs. On the other side, making the economy weaker now will also hurt its long-run prospects, which will in turn reduce future revenue. So those demanding spending cuts now are like medieval doctors who treated the sick by bleeding them, and thereby made them even sicker.

Republicans will supposedly have an incentive to make concessions the next time around, because defense spending will be among the areas cut. But the G.O.P. has just demonstrated its willingness to risk financial collapse unless it gets everything its most extreme members want. Why expect it to be more reasonable in the next round?

In fact, Republicans will surely be emboldened by the way Mr. Obama keeps folding in the face of their threats. He surrendered last December, extending all the Bush tax cuts; he surrendered in the spring when they threatened to shut down the government; and he has now surrendered on a grand scale to raw extortion over the debt ceiling. Maybe it’s just me, but I see a pattern here.

Did the president have any alternative this time around? Yes.

First of all, he could and should have demanded an increase in the debt ceiling back in December. When asked why he didn’t, he replied that he was sure that Republicans would act responsibly. Great call.

…It is, of course, a political catastrophe for Democrats, who just a few weeks ago seemed to have Republicans on the run over their plan to dismantle Medicare; now Mr. Obama has thrown all that away. And the damage isn’t over: there will be more choke points where Republicans can threaten to create a crisis unless the president surrenders, and they can now act with the confident expectation that he will.

And Krugman’s editors agreed with him. They were brutally honest too, calling the SatanSandwich deal “a nearly complete capitulation to the hostage-taking demands of Republican extremists. It will hurt programs for the middle class and poor, and hinder an economic recovery.”

And it's not just Matt Gaetz

Sex traffickers, groomers and pedophiles have been given a greenlight throughout Ron DeSantis's Florida

He says there are 7 or 8 men who should be facing charges in the #sextrafficking case that have not been indicted yet. https://t.co/APM2GYPO2a