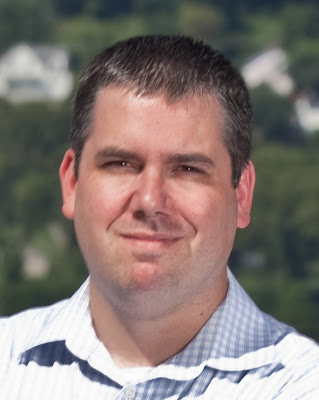 You know what I love for Blue America? When we find a perfect candidate and he or she is running against a perfect villain. Michigan’s 6th district offers us just that combination this cycle and I want to introduce you to Democrat John Waltz, a movement progressive, who’s taking on cartoonish plutocrat, Fred Upton, the Whirlpool heir who has always treated the district as though it were a feudal fiefdom. Upton, by inheritance one of the richest members of the House, was appointed to the SuperCommittee by his crony John Boehner because Republicans know he will never agree to anything sensible that can in any way help dig the middle class out of the economic mess the modern day Robber Barons, in their unparalleled greed, have created for the rest of us. Today the man we hope will finally retire Upton from political life, John Waltz, will be joining us for a live blog session here in the comments section at 2pm, ET (11am, PT).

A 34 year old Iraq War vet, John is a completely dedicated champion for a commonsense progressive agenda, born and raised in Kalamazoo, the heart of the 6th district. It’s a district Bush won in 2000 and 2004 with, respectively 52 and 53%. In 2008 Obama took the district 54-45%. When I started talking to John about this race this summer, he told me he feels Upton is alienating his constituents with his conspicuous, if defensive, move towards the Tea Party. “I fully expect him to propose privatizing Social Security, gutting Medicare, gutting the VA budget, working to get rid of the EPA, all to protect tax cuts for the 1,400 millionaires who didn’t pay a dime in income taxes last year… and to do so again and again while normal people shoulder the load.” John Conyers, Michigan’s most progressive political leader, was out of the box endorsing Waltz.

Although Waltz has a lot to say on every major issue facing America today– and all of it is spot on– his campaign is all about getting the economy working again for ordinary American families. Talking to him this week, I didn’t gather he was from the Tim Geithner/Rahm Emanuel/Harold Ford end of the Democratic Party.

The last ten years we have been transformed into a nation that has been brainwashed into thinking that they will one day be millionaires and that only their needs matter. The shame we bear as a nation is that we were unified by the tragedy on 9/11. It was short lived though and the last ten years will be remembered in history as the decade our economy was systematically looted by Wall Street, which was enabled by politicians in DC.

Instead of focusing on getting folks back to work and getting our economy back on its feet we have been lulled by the constant cries that we need to fix our deficit. The only deficit we need to fix is the chasm between the rich and the rest of us. While the middle class (what is left) and the poor are clawing away at just paying the essential bills, keeping a roof over our heads, and sending our kids to school, millionaires are basking in the glory of a government that coddles their every need. This is not the America I know, you know, or the one I thought I was fighting for when I joined the military.