Domestic spying? Ted Lieu already wrote a law against it. 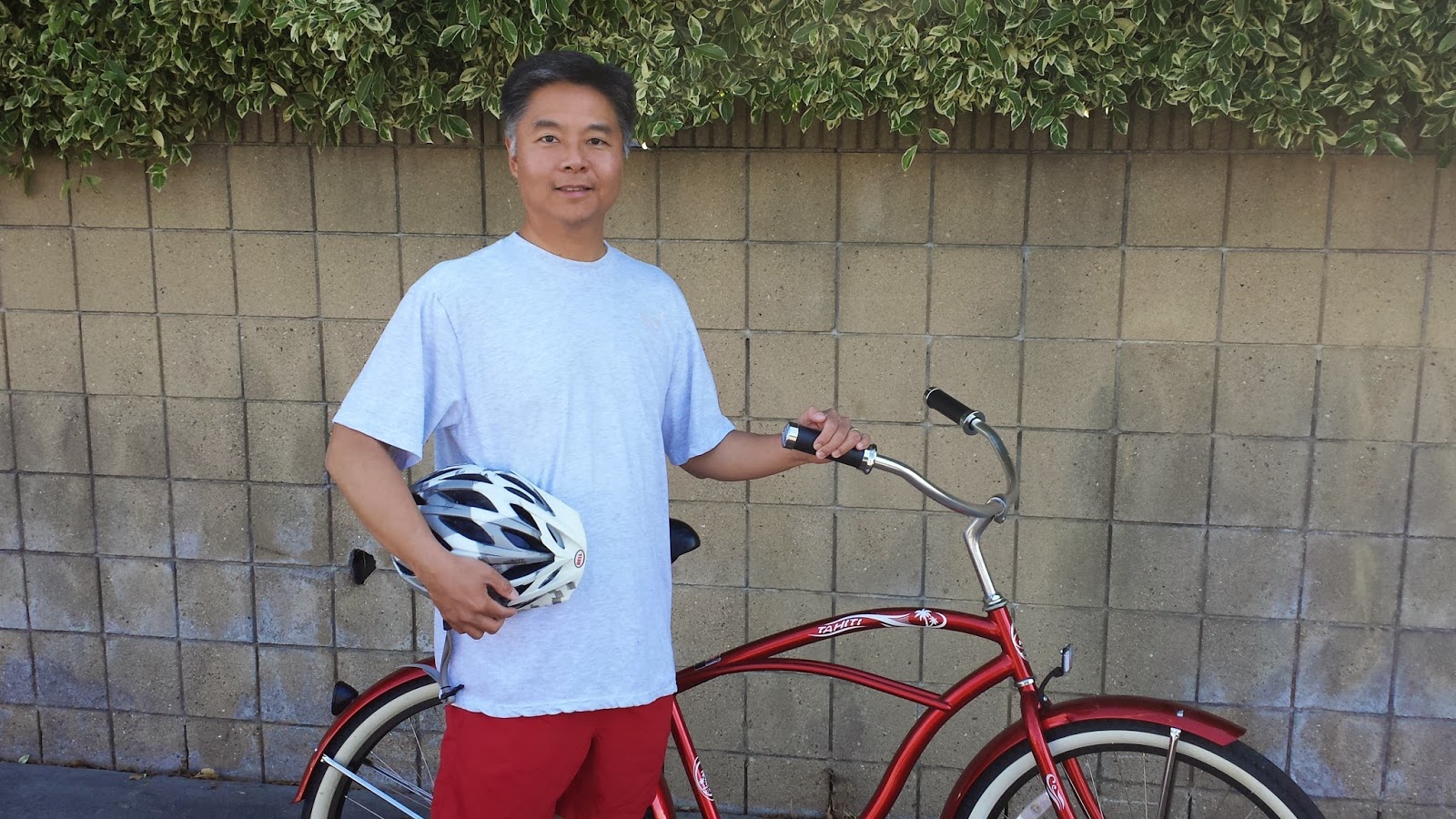 One of the most critical primaries coming up next week is for Henry Waxman’s House seat on the Westside of Los Angeles– Santa Monica, Venice, Malibu, Beverly Hills, Redondo Beach… Blue America did a dual endorsement for a jungle primary that will yield two finalists for the November general election, hopefully two stalwart progressives. Our picks are state Senator Ted Lieu, a proven progressive leader and champion of working families, and Marianne Williamson, an independent progressive and cutting-edge thought leader.

Ted has been the California legislature’s top leader in several areas, including mortgage bank reform and protecting citizens from unconstitutional domestic spying. I spoke to him yesterday and asked him about the phony NSA “reform” the House passed last week. They voted on the so-called USA Freedom Act, a watered-down, pale excuse for reform of the NSA that passed overwhelmingly, 303-121. 51 Republicans and 70 Democrats voted no. I noticed that one of the Democrats working with the Republicans to pass it was Adam Schiff, who is also working to elect Wendy Greuel, one of Ted’s opponents. Most of the congressmembers who are working to elect Ted– solid progressives like Mark Takano, Mike Honda, and Alan Lowenthal– fought the bill and voted against it, as, of course, did Henry Waxman. I asked Ted a simple question– Had you been in Congress last week, would you have voted with Adam Schiff and the others who wink and nod at domestic spying or would you have voted the way Henry Waxman, Barbara Lee, Alan Grayson, Raul Grijalva and your own backers did?

His response was clear and unambiguous. “I’m disappointed Congress gutted significant provisions of the USA Freedom Act. Our privacy rights and our Constitution are not watered-down, neither should legislation that upholds our fundamental values. If I were in Congress, I would have voted NO on the watered-down ‘reform.'”

Lieu comes from a military background and he doesn’t take national security lightly. He’s also an attorney and he doesn’t take the U.S. Constitution lightly either. “I agree with the National Security Agency that the world is a dangerous place,” he told us. “That is why America’s founders enacted the Bill of Rights. They understood there are few things more dangerous than an Orwellian government that overreaches, invades our privacy, and monitors our everyday lives. The NSA’s bulk collection program– which seizes the phone records of every single American for seven years– has been described by a federal judge as Orwellian. One of the reasons I am running for Congress is to stop this program and reign in the NSA’s invasions of our privacy and constitutional rights.”

Other than Matt Miller, a DC-centric kook who publicly admits he supports bulk collection of personal communications, all the candidates running pay some kind of lip service to privacy rights. In Ted’s case, it goes beyond posturing and promising; he’s already taken action.

I am proud to author bipartisan legislation, SB 828, that prohibits California officials from supporting or assisting the NSA’s blanket spying on Americans unless the NSA has secured a specific warrant for a specific individual. The Fourth Amendment is clear: “The right of the people to be secure in their persons, houses, papers, and effects, against unreasonable searches and seizures, shall not be violated” unless the government upon probable cause secures a specific warrant. The NSA’s blanket dragnet is flat out unconstitutional under the Fourth Amendment and it is time we stop this mass violation of our privacy.”

Regardless of whether we have a President Bush, a President Obama, a President Clinton, a President Cruz or a President Orwell in the White House, we need principled, capable, independent-minded Members of Congress willing to stand up against the herd. That will never be a Wendy Greuel, an Elon Carr or a Matt Miller. It will certainly be Ted Lieu.

Blue America is helping Ted, who is leading in the polls, raise money for his Get Out the Vote efforts this week, and for his tough campaign against whoever comes in second next Tuesday. Please consider contributing here.