Be A Part of The History Being Made in Chicago 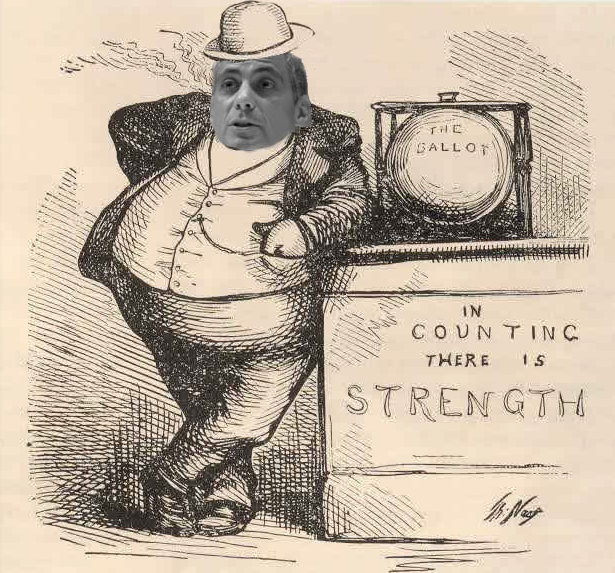 History is being made in Chicago. Be a part of it!

Eighteen months ago, I wrote about how a hydra-headed protest movement against Mayor Rahm Emanuel’s agenda of privatization, austerity, and authoritarian governance was changing the face of politics in the Windy City. Now, it’s close to achieving a miracle: ending Rahm Emanuel’s political career once and for all.

In the first round of Chicago’s mayoral election on February 24th, Rahm Emanuel came a shocking five points shy of the 50 percent he needed to win reelection outright– performing three points shy of the final pre-election polls. Chicagoans, it seems have had it up to here with Rahm’s crusade to build a new, more durable Chicago machine– this one, though, headquartered in places like Wall Street (where Emanuel worked as an investment banker), Abu Dhabi (the oil kingdom whose “sovereign wealth fund” owns a third of Chicago’s parking meter concession), and Philadelphia (home of the services corporation Aramark, which after being awarded the janitorial franchise left Chicago’s public schools crawling with vermin, and responded by firing a quarter of their workforce.)

It happened despite a Karl Rove-style campaign funded by $30 million in donations from corporate interests in return for favors from the city. It was a people-powered miracle. But we’re only halfway there.

On April 7, 2015– in less than six weeks!– Rahm faces off against the second place finisher, Jesus “Chuy” Garcia , who is another people-powered miracle: a true reformer, compassionate, smart, and qualified. As an alderman he fought so hard against the machine that Mayor Richard M. Daley made kicking him off the city council a top political priority. The same thing happened when he served in Springfield as a state senator.

Now, as a county commissioner, he helped balance Cook County’s mess of a budget while lowering taxes. Me, I love the guy. I’m backing his campaign to the hilt. I hope you will too. We really, really need you on this one. In the first round, Mayor 1% outspent Garcia by an almost twelve to one margin. And still he couldn’t get enough votes to win. Imagine how well he could do if the financial gap was closed a bit?

Here’s the deal. All Blue America donors to Chuy’s campaign will be entered in a random drawing. One lucky winner with get a very collectible, RIAA-certified quadruple platinum for the Barenaked Ladies album, Stunt. Twenty other randomly chosen winners will get a personally signed copy of one of my books, either Nixonland, or my latest, The Invisible Bridge: The Fall of Nixon and the Rise of Reagan.

And, of course, the satisfaction of helping deal a historic setback to everything that is awful in Democratic Party politics right now, in the person of the man who (1) was Bill Clinton’s point man in passing the North American Free Trade Act (2) made $18 million in two and a half years as an influence peddler on Wall Street (3) Presided over a crusade to kneecap the campaigns of progressive populists as chairman of the Democratic Congressional Campaign Committee. (4) as White House chief of staff, tried to convince President Obama not to pursue the Affordable Care Act; and as mayor– well, hell, I could run these numbers clean up to thirty or forty.

He needs to go. We have a genuine chance to make it happen. Act now or forever hold your peace!!