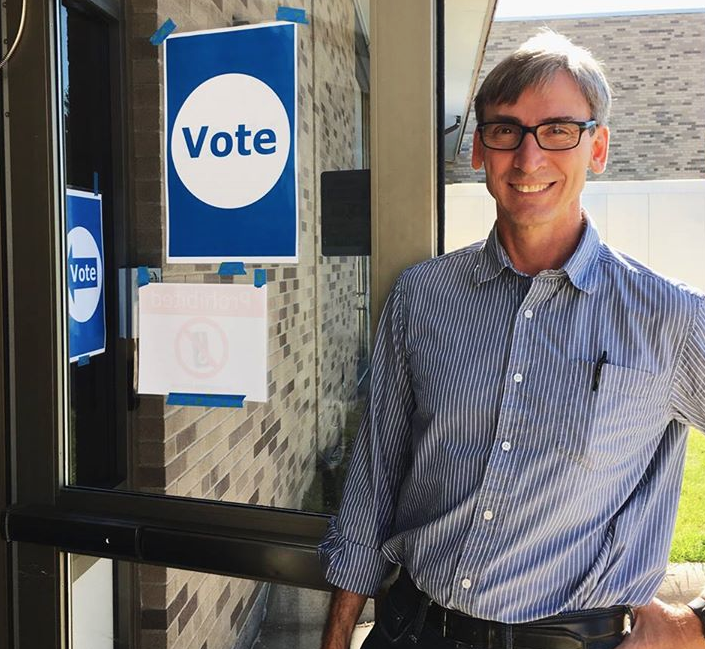 Four years ago, the L.A. Times named Congressman Fred Upton our planet Earth’s number 1 enemy in Congress. He continues to excel. As a climate science denier and chair of the House Energy and Commerce Committee, Upton is the most powerful Representative working to block action to rein in global warming. And now he is putting our Great Lakes in danger as well.

Five Republican U.S. Representatives from Michigan, and all Michigan’s Democratic Representatives and Senators just sent a letter to Justin Trudeau, the new Prime Minister of Canada. The letter urges the Canadian government to deny Ontario Power Generation permits to build a giant nuclear waste facility underground, less than a mile from Lake Huron. Nuclear waste remains toxic for tens of thousands of years. No matter how geologically secure they say the site may be, this is too close.

Congressman Upton refused to sign the bipartisan letter with his Republican colleagues. He is, literally, placing the Great Lakes in danger to accommodate the short term needs of his campaign donors. It’s the way Fred Upton rolls.

Upton has received hundreds of thousands of dollars in campaign contributions from nuclear, oil, and natural gas companies. He’s been giving private profits precedence over environmental security for so long, it seems it has just become habit.

Our Great Lakes are a national treasure and particularly a treasure in Michigan; it’s our duty to protect them.

And we need to make polluters pay for the costs of their pollution.

The environment can’t speak for itself, but it doesn’t forget. We need to hold legislators like Congressman Upton accountable for undermining our collective future. And that has a lot to do with why Blue America has endorsed the progressive Democrat, Paul Clements, running for his southwest Michigan district seat.

This week Paul told us that “In Congress I will work for American leadership in addressing climate change. Next month’s conference in Paris won’t take us nearly far enough. Without much stronger leadership we can’t stop warming at 2 degrees, and maybe this is too high. But dealing with the effects of climate change will also present unprecedented international challenges, and, frankly, our international institutions are woefully unprepared. Without better cooperation we will degenerate into a fortress mentality. I will lead in rising to the challenge.”

This is looking like a good year for progressives and clean energy advocates in Michigan. Please consider digging deep and contributing to Paul’s grassroots campaign, which you can do here.