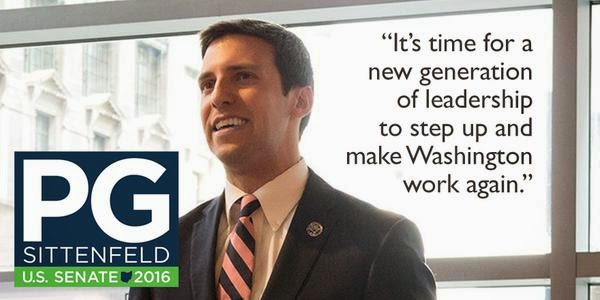 What could be a better holiday gift to progressives who are giving their all to reverse catastrophic trends in our political system, economy and environment? This isn’t some phony-baloney DCCC/DSCC or Marco Rubio offer.

One of Blue America’s most generous annual contributors over many years is putting $2,000 on the table as a matching fund for one progressive candidate on this page. Here’s how he describes the candidate:

“How would you like a Bernie Sanders who was:

What a boost to my holiday cheer it is to have discovered P.G. Sittenfeld, and how well positioned P.G. is to employ my donations productively and make Ohio and the entire country a better place in the New Year.”

Blue America endorsed P.G. because of his stands on the issues– all the issues– and because his two opponents, Democrat Ted Strickland and Republican Rob Portman, have long conservative, failed voting records that are geared towards establishment special interests, not towards the working families of Ohio. Let’s help PG end the year on a high note– two-thousand dollars from us and two-thousand dollars from our anonymous donor. Here’s where you can give PG your contribution and help secure that match for him.