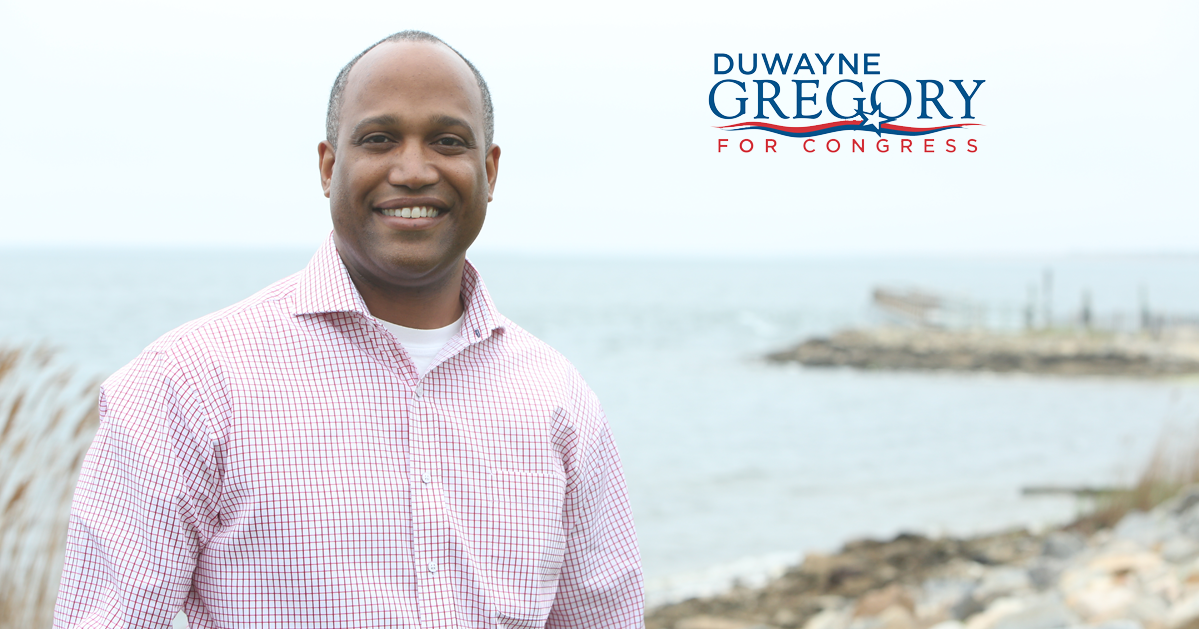 DuWayne Gregory is the presiding officer of the Suffolk County legislature. In 2010, redistricting moved Peter King’s Nassau County district significantly east into Suffolk County, a “significantly bluer” part of Suffolk County. Because King is a longtime political ally of Steve Israel the DCCC has never challenged his seat— and discouraged local Democrats who have.

DuWayne enlisted in the Army after graduating from college and earned airborne jump wings, so he’s not intimidated by the gaggle of political hacks in Washington. The newly-drawn second CD is home for Dwayne; but new territory to King. This area saw Obama beat McCain 51-48% and saw the president increase his share of the vote four years later when he beat Romney 52-47%. This district is absolutely ready to flip from red to blue

King has represented the more Republican Nassau County part of the district in Congress since 1992. Some of the garbage Ted Cruz was spewing last week– patrolling communities where Muslims live– comes straight from the mouth of Peter King, who has used his position to divide his constituents and demonize Muslim-Americans; calling for surveillance of mosques and claiming— without substantiation of any kind— that “85% of Imams” have been radicalized. This kind of bigotry may work in backward parts of Texas but the South Shore of Long Island is not Texas.

As the most Hispanic of any of the Long Island districts (23% Latino), many NY-02 residents were shocked when they read that their own congressman sponsored a bill to deny citizenship to natural born Americans if their parents were not U.S. citizens. Nor were they pleased to see him sponsoring a bill that called for “English only” in government communications. Needless to say, the bigoted King was not a supporter of the comprehensive immigration bill passed by a wide bipartisan majority in the Senate.

Overall, Gregory’s outlook leads in a very different direction from King’s. His concerns are about fighting for the middle class, not maintaining a status quo for the very wealthy and for corporate special interests. His goals are to be part of the congressional team that will increase the minimum wage, guarantee college affordability, increase child care credits, provide healthcare credits for healthcare providers and fight for good paying jobs.

When he was endorsed by New York’s Working Families Party, Long Island Political Director Emily Abbott noted that “DuWayne has put politics aside to get things done for working families. Washington needs people like DuWayne Gregory who will fight to ensure that all of Long Island’s families and small businesses have a fair shot to succeed.”

In his own communications to Long Islanders, Duwayne stresses his own record of inclusion and vows to go to Washington “to fight for fairness for all Americans by working to bring about justice reform” and to “ensure that no one is treated differently because of their race or economic status when it comes to our justice system.” He’s one veteran who has every intention of going to Washington to ensure that “the problems with the VA never happen again to our war veterans” and to “work to provide quality healthcare to every veteran in need.” Last week, he was endorsed for the seat by VoteVets.

Peter King’s antiquated perspective on women doesn’t work in NY-02, not in 2016. He voted against equal pay for women and his anti-choice extremism belies his claims to be a “moderate.” Moderates, unlike King, don’t oppose women’s choice even in cases of rape and incest. “The disparity of pay between men and women doing the same work is unjustifiable and I’ll never forget when I’m in Congress that my constituents don’t want any part of that,” DuWayne told us. “Nor will I ever countenance the government coming between a woman and her doctor or her minister or whomever she choses to consult about her intimate health matters. My opponent talks about government getting off the backs of our people. I don’t know how he squares that with his extreme positions on women’s choice and his shameful, ideological vote to defund Planned Parenthood.”

Once again, the DCCC is trying to give Peter King a free pass. Please help Duwayne Gregory put an end to that right now. If the Democrats are going to win back the House, it’s going to be with proven progressive leaders in moderate suburban districts like NY-02.