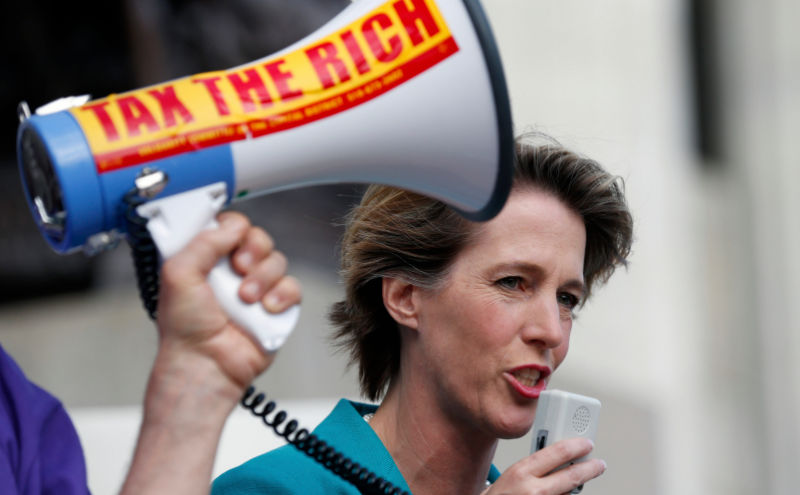 Wednesday the democratically-run nurses union, National Nurses United, announced their endorsement of Zephyr Teachout for an open, blue-leaning district in the Upper Hudson Valley and the Catskills. It’s ironic that the DCCC refuses to endorse in the race, fearing Teachout’s independence, progressive perspective and obvious leadership potential. The Nurses Union president, Karen Higgins said that Zephyr “has a proven record of standing-up to special interests and putting people first. We need someone in Washington who we can trust to take on the establishment and fight for health care for all people, confront the great disparities of wealth in this country, and get big money out of politics.” You can imagine how a message like that scares DCCC bosses.

Blue America has long championed Zephyr’s message for driving big money and corruption out of the electoral process and for working towards a more equitable and just society. We endorsed her run for governor of New York and we endorsed her on the day she announced she’s running for Congress– in a district where she won over 60% of the vote against Andrew Cuomo. Before that she was the first National Director of the Sunlight Foundation, a non-partisan organization that works to make Congress more open and transparent. After the crash of 2008, she helped start an organization to break up big banks that had become “too big to fail” and have damaged community-level small businesses.

Earlier today she told us that “the techtonic plates in American politics are shifting– there are real dangers if we go the wrong direction, but the shake-up also creates an opening. It is critical time to elect new Congressmembers and down-ballot candidates across the country who are totally committed to greater political equality, economic fairness, and 100% renewable energy. Even more important is a proven willingness to stand up to power– the only way we are going to get out of the over-reach of billionaires and a few big companies is if millions of people stand up, organize, go door-to-door and vote, not just for the Presidential campaign, but as part of a national campaign to revive democracy and replace corrupt systems with fair ones.”

That’s a message that should resonate strongly with every member of Blue America. Zephyr’s Hudson Valley district is very winnable– as long as she has the resources to get her message out. Please consider helping her do just that.

And remember, there’s no such thing as a contribution too small. In a grassroots race like this– where she will be facing one of two big-money Republicans, who have already collectively spent over a million dollars battling each other. This race isn’t going to be a cakewalk but it’s one Zephyr can win and, by so doing, make a significant impact on that den of iniquity known as Congress.