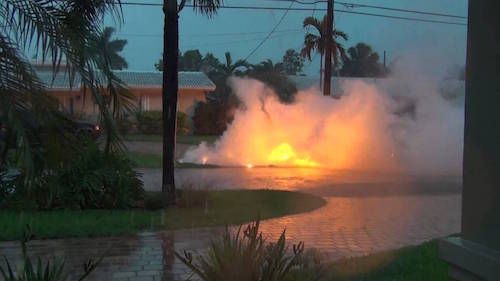 Tomorrow is the first day of early voting for the August 30 Florida primary. As always, the corrupt, self-serving establishment has candidates it’s trying to slip in, incumbents like Debbie Wasserman Schultz and even worse garbage, like Patrick Murphy, that they are trying to advance up the ladder.

This is the last great stand of the 2016 Democratic primary season– where genuine progressives like Alan Grayson and Tim Canova are battling the very worst the Democratic Party has to offer.

Grayson’s wife, Dr. Dena Grayson, is the strongest candidate in his old district to beat back a challenge from a very conservative pro-NRA Democratic state Senator. “We progressives, not Republicans or faux-Democrats, are the only ones who are truly committed to helping people,” she told us. “The way to turn Florida blue is simple. We need to stop running Republican-lite candidates masquerading as Democrats, and instead, support true progressive who recognize people’s needs and will take action to improve their lives.”

As the Sun Sentinel put it a few days ago, “A Canova win over Wasserman Schultz would send shockwaves across the country.” Those are just the kind of shockwaves the Democratic Party establishment needs and needs badly. This morning Tim was finally able to force Wasserman Schultz into a serious TV debate after she dodged and ducked for months. She was the living, breathing embodiment of why Americans are sick and tired of self-serving career politicians and she refused to answer point blank questions, although at the last second of the debate, the moderator got her to admit she is pro-fracking. Unfortunately, almost 10,000 Democrats in FL-23 have already voted by mail. “Sadly, today, she takes hundreds of thousands of dollars from industries like Big Sugar, Wall Street banks, predatory lenders and private prisons,” explained one of Canova’s radio ads. “I believe you either represent the corporate lobbyists or you represent the people. You cannot do both.”

Alan Grayson, the progressive in the Senate race for Marco Rubio’s seat, understands better than anyone what’s wrong with Democratic Party politics in his state. He told us yesterday,

“Florida Democrats are demonstrating Einstein’s definition of insanity– they keep nominating right-wing DINOs for statewide office, they keep losing, and they keep expecting that the results will change. They won’t. We have now lost 14 out of the last 15 state government campaigns, going back to when Jeb Bush was Governor, because our Democratic voters have absolutely no idea what our candidates will do for them if they are elected. (The only exception was when a Democrat snuck into office because even Florida voters couldn’t stomach a GOP candidate for “Chief Financial Officer” who was hopelessly corrupt.)

Florida Republicans promise abortion restrictions, pro-gun laws, cuts in social services, lower taxes and corporate welfare– and they deliver. Florida right-wing Democrats promise I-don’t-know-what, and they can’t even deliver on that. As for me, I have promised to improve the lives of ordinary people in Central Florida, and I’ve delivered on those promises. And I’m the only Democrat to represent downtown Orlando in Congress in the past 42 years. Coincidence? No.”

Now Blue America is asking you to help make sure our slate of Florida progressives make it out of the primaries on the 30th to go on and beat reactionary Republicans like Marco Rubio, Ileana Ros-Lehtinen, Mario Diaz-Balart and Matt Caldwell. You can pick and choose at the Blue America Florida page here.

There is a diaper overload on aisle 45. Isn't it Ivanka's turn to change him? https://t.co/7SWBuLcD8C