Blue America Mobile Billboards Are On The Road Again 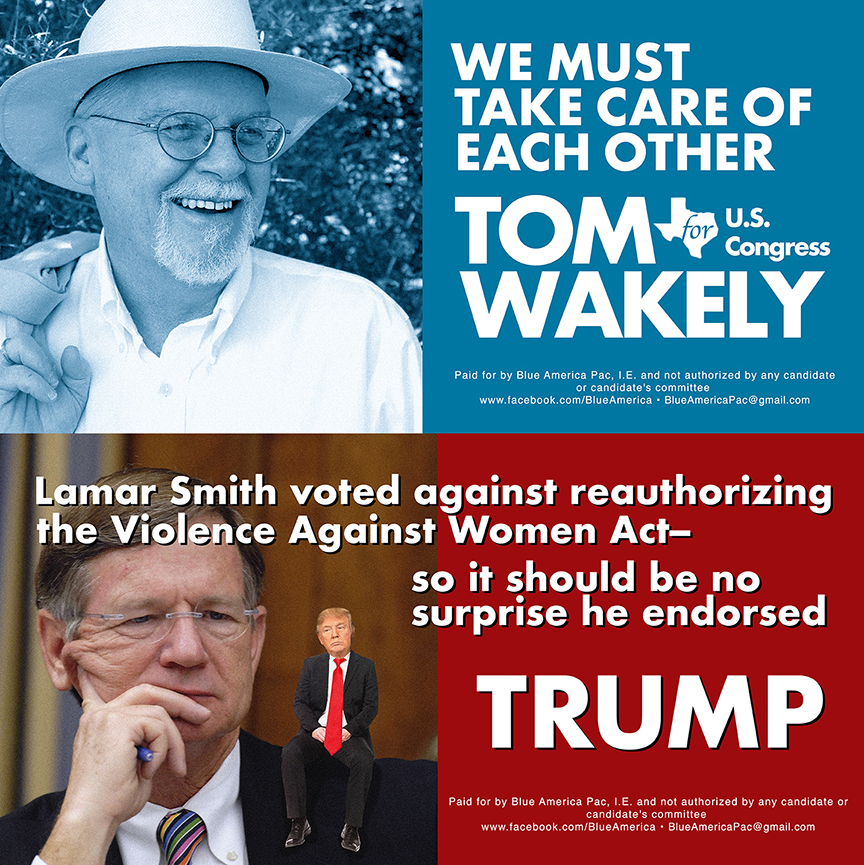 It’s that time of year again. Starting tomorrow we have trucks, 2-sided mobile billboards prowling the highways and byways of at least 4 districts “served” by Republican incumbents that we think are flippable. These are the four races:

These trucks are already in production and the first one in Nevada starts tomorrow, Monday the 18th. New Hampshire will be on the road Tuesday; Long Island starts Wednesday and Texas starts Thursday. We are asking for some money to keep these four progressive messaging machines rolling right up until November 8th.

And… if anyone is feeling flush, we’d like to get trucks on the road against “Professional car thief” Darryll Issa in Orange and San Diego counties, against Pat “I’m only here for the Gerrymandering” Meehan in the Philly suburbs and against “Smarmy Frat Boy” John Faso in upstate New York (Zephyr Teachout’s district). Enough $20 contributions will be great for the gas but trucks cost around $15,000 each for a run between now and election day.

Fortunately, Blue America’s Independent Expenditure (I.E.) Committee can take larger contributions than the limit of $2,700 permitted to candidates. If you want to give enough for a whole truck, or for a significant part of a truck, and it’s for a specific candidate, just let us know by e-mailing me at downwithtyranny@gmail.com.

Meanwhile, if you want to help the candidates directly, you can contribute to their campaigns on this page, but keep in mind that none of that money goes for the mobile billboard campaign— and none of the I.E. money can be shared with the candidates.

If you can read the name on the boards' ownership, you can complain there that their political ad doesn't have the (absolutely FEC-required) legal disclaimer.