Nothing Matters Now But GOTV 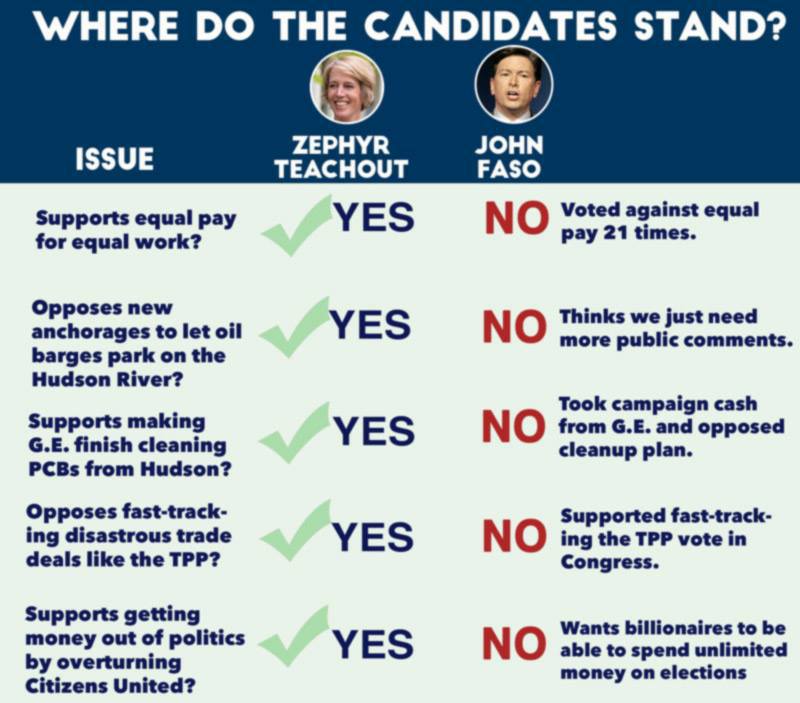 I ran into an old friend, a Democratic operative, the other day. He’s kind of Old School and when I asked him why contributions this late in the cycle– after all there are only 10 days until all the ballots have been counted– are important, his response was sickening. “Walking’ around money,” he said… “You know, so we can stuff the pockets of the policiticeras or the black ministers or whoever can turn out some late votes.” (He mostly works for Blue Dogs and New Dems, so, yeah… that’s what you’d expect.)

I decided to ask some of the Blue America candidates what they will do with the last minute money that comes in. I asked the ones I could find– most are out knocking on doors– what they would do with another $1,000 between now and Nov. 8.

Tom Wakely, who’s running for the central Texas seat held by the science-denying chairman of the House Science Committee, Lamar Smith, would be one of the biggest stories on the cycle if he wins, a distinct possibility now as Trump turns off suburban voters in Bexar, Travis and Comal counties. 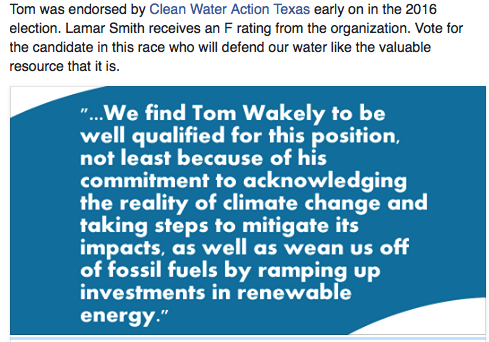 “Our campaign,” he told me, “has always been about our field efforts and making contact with folks in the district. My job as the candidate has been heavily focused on retail politics. Every bit of support we’ve received has been directed to literature, signs, gasoline, and the occasional breakfast taco for the hardest working volunteers in Texas. It’s about having as many voters to meet or talk to our amazing team. The clock stops at 7PM on November 8th. We won’t be stopping anytime before then. We owe that much to our family, our friends, our volunteers, and our supporters. There’s no sleep when our future is at stake.”

Mary Ellen Balchunis is in a similar position. The DCCC has starved her campaign of the money it takes to run a mass media campaign and she’s doing it the old fashioned way– the way she won her landslide victory in the primary: grassroots politics. 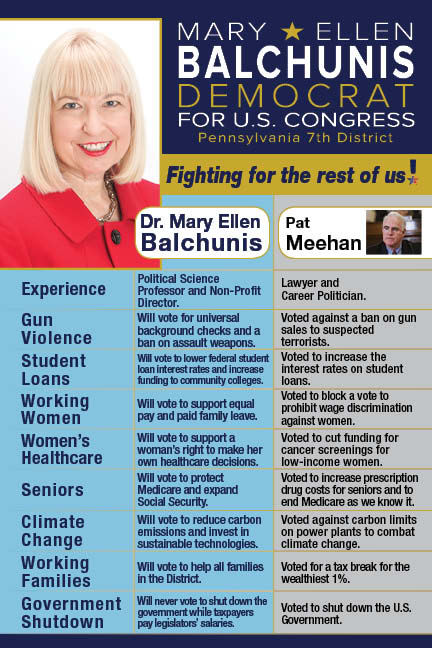 “First, I have been overwhelmed by the tremendous grassroots support for my campaign from progressives across the country,” she told me. “With only a little over a week  left before the election, our campaign is running along at full speed. Our amazing volunteers have been knocking doors and phone banking, but they cannot do it alone. Later this week our campaign will be releasing a digital ad and a comparison piece with Pat Meehan and myself to get my message out to even more voters in the 7th District. With the support we’ve gotten from Blue America and other progressive groups and from our union friends, we will be able to keep our field team going to the last hour on November 8th and push our new ad out to as many voters as possible.”

Mary Hoeft’s district isn’t just the biggest– and most rural– district in Wisconsin, it takes up about a third of the state! Door knocking only goes so far to reach voters there. And, like Mary Ellen’s and Tom’s campaigns, the DCCC hasn’t given her a dime, even though the district voted for Obama in 2008 and, until recently, had a long-time Democratic congressman, Dave Obey. 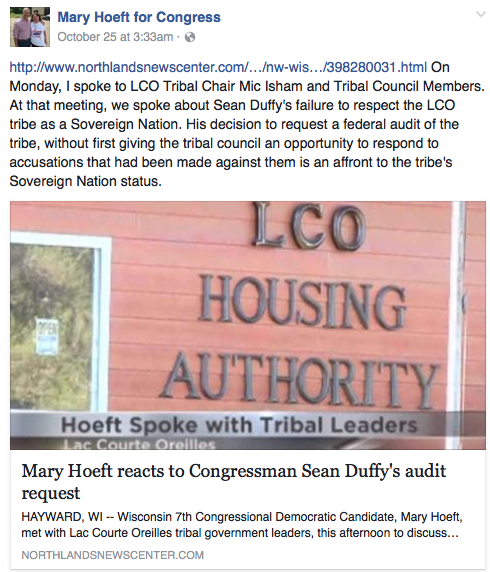 Mary is supplementing her field campaign with radio advertising and she told us that “with just 12 days remaining, every dollar I receive in donations goes toward another commercial. In this part of Wisconsin radio air time costs $15 for 30 seconds.  If you donate $15 to my campaign, another thousand people may hear my ad. It isn’t too late to have the name Mary Hoeft for Congress heard!!!  And trust me when I say, YOU WOULD LOVE the nasty ad about Sean Duffy that your money will buy!”

This is probably the last time we’ll be asking for contributions for our candidates this year, so please give as generously as you can afford to. Thanks– and thanks for helping these candidates all year. Now we pray– and hope people walk into the voting booth thinking about how Trump has made the whole election so ugly!

UPDATE: I just got an e-mail from one of the (REALLY GREAT) candidates we’re counting on to lead Congress in a more progressive direction, Pramila Jayapal from Seattle. Her opponent launched an attack ad against her this week and now a superPAC has come in with $285,000 in independent expenditures attacking her on TV– “so that is a total of over $400,000 in negative TV attack ads on me in the days leading up to the general election,” she told me. “We are fighting back in numerous ways, and have gone up with a spot of our own on TV to counter theirs. People have been amazing and stepping up, but I need help.” Let’s give it to her.