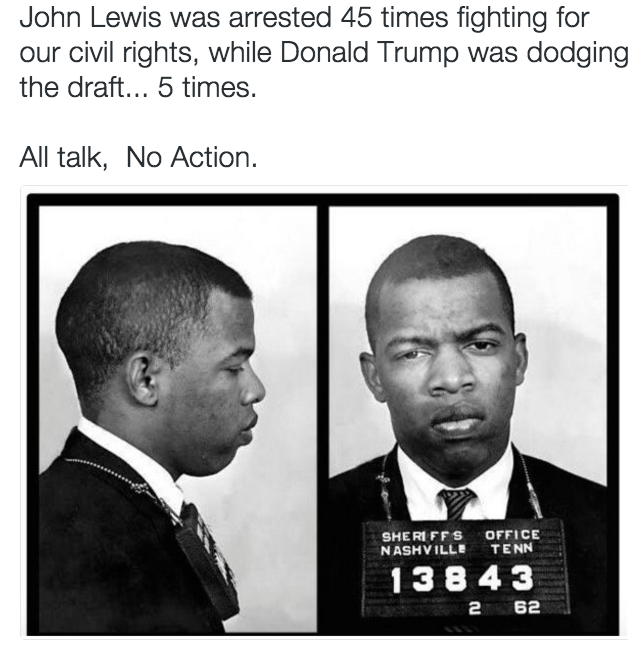 A few days ago I flew back from Beijing on Air China and they had a very limited English-language movie library for the 11 hour flight. I watched Roman Polanski’s award-winning 2002 film with Adrien Brody, The Pianist, and a less well-known new movie set in Prague, Anthropoid. Both films dealt with the resistance to the Nazis. There was an especially chilling moment in The Pianist in which 3 middle-aged Jewish men are about to be loaded onto a train bound for the Treblinka extermination camp. One says the Jews shouldn’t just march to their deaths without a fight and an argument ensues about practicalities and difficulties in mounting such an operation. They and their families all die in the camp. Eventually the Warsaw Ghetto does organize and rise up against the German deplorables.

Anthropoid is about how fiery Czech nationalists murder the Butcher of Prague, SS-Obergruppenführer Reinhard Heydrich, the 3rd-ranking Nazi, a Steve Bannon-like character.

A few weeks ago Luis Gutierrez (D-IL) kicked off a kind of symbolic resistance to Trump when he announced he wouldn’t be attending the inauguration. “I really don’t feel comfortable standing next to a man as he swears allegiance to this country and president of the United States of America, after he said that Mexicans are murderers, rapists, drug dealers and that that’s all we are. I just can’t un-hear the despicable, terrible things he said about women, about Muslims, so I won’t be standing… When I went to George Bush’s inauguration I didn’t feel he was a threat to my presence in America, to my daughter’s presence in America. I want to look at my girls in the face and say, I didn’t normalize that kind of speech.”

Katherine Clark (D-MA) soon followed and now there are over a dozen members of Congress who have publicly stated that they are not going to be at the inauguration, most notably, civil rights icon John Lewis, who told Meet the Press why he doesn’t see Trump as a legitimate president. (Trump struck back yesterday morning by claiming Atlanta is “in horrible shape and falling apart (not to mention crime infested)” and accusing John Lewis of being “all talk, talk, talk– no action or results.” When John Lewis was on the front lines of the civil rights movement, getting his head bashed in by a KKK thug (like Trump’s father), Trump was beginning his lifelong criminal behavior of systematically denying housing to prospective tenants based on race.

As progressives, we must resist. We must prepare ourselves for the sacrifices it will take to rescue our country from the gaping maw of fascism it’s fallen into.

A growing number of courageous congressmen and congresswomen boycotting the Trump inauguration this week is a symbolic step in that direction. Blue America wants to offer our members an opportunity to show the participants that we support them. Please consider making a symbolic contribution to the reelection campaigns of the members who are taking an early stand against Trumpism.

Two weeks ago, Congresswoman Clark told her constituents that she “had hoped the President-elect would use the transition period and his appointments to change course and fulfill his promise to be a President for all Americans; however, this has not been the case. After discussions with hundreds of my constituents, I do not feel that I can contribute to the normalization of the President-elect’s divisive rhetoric by participating in the Inauguration.”

Similarly, Earl Blumenauer told Oregon Public Broadcasting that “Here is a person who ran a campaign that is the antithesis of everything I’ve worked for in public service” and that that attending “not a productive use of my time.”

The list of members not attending the Inauguration of hate keeps growing. We’re keeping a running tally here.