Who Changed Trump’s Mind About Leaving Marijuana Up To The States? 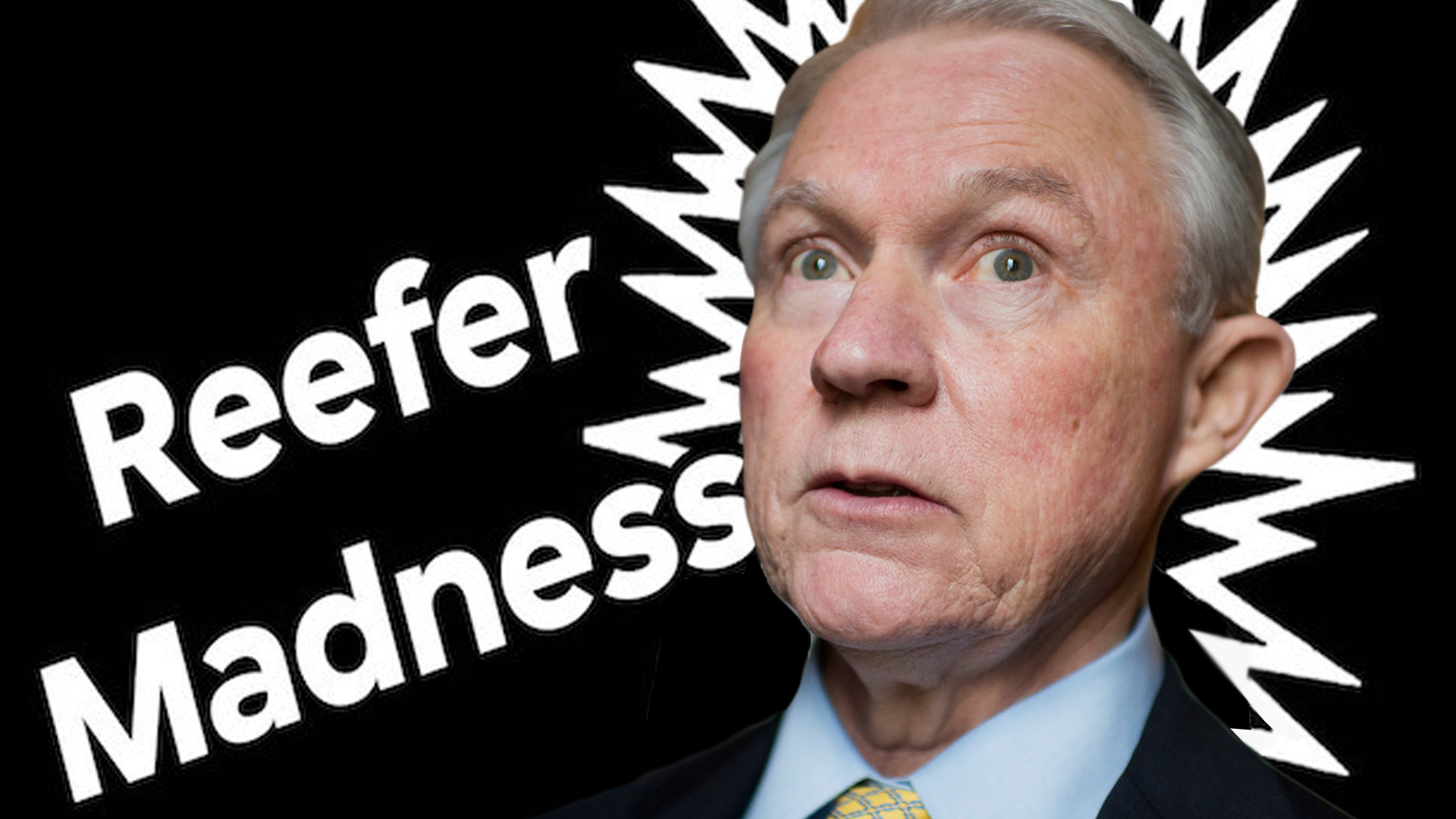 A few days ago, Roger Stone sent out a VICE News article, “The GOP has a marijuana problem only Trump can fix,” reminding its readers that Trump said multiple times on the campaign trail that the issue of marijuana legalization “should be up to the states.”

It came as a bit of a surprise when Trump’s Attorney General, Jeff Sessions, announced a major policy change last week that under the Trump administration, legal weed isn’t up the states at all. In another rollback of an Obama-era policy, Sessions gave federal prosecutors the authority to pursue marijuana cases at their own discretion, even in places where weed is now legal under state law. Sessions’ move has left several Republican lawmakers and Trump allies fuming. They warn that not only does the president appear to be breaking a campaign pledge and putting himself at risk of alienating a swath of his base, he’s jeopardizing the long-term future of the GOP, since young voters overwhelmingly support legalization. Former Trump campaign advisor Roger Stone, who formed a bipartisan group called the U.S. Cannabis Coalition to push for legalization, was especially irked.

“This is not only bad public policy, it’s bad political policy,” Stone told VICE News. “It’s a vote loser, and it’s inconsistent with what the president promised the American people.”

Stone went so far as to speculate that Sessions may have gone rogue and changed the federal marijuana enforcement policy without running it by Trump first.

“I don’t even know if the president knows about this change,” he said. “The last time I spoke to the president on this issue, which was a couple months ago, there was no change on this, he was supportive of states’ rights to make their own decision.”

Asked about the discrepancy on Thursday, however, White House Press Secretary Sarah Sanders confirmed that Trump had changed his mind. “The president believes in enforcing federal law,” she said.

Regardless of Trump’s personal beliefs, it’s clear there’s a weed schism within the GOP that could affect the party’s popularity at the polls for years to come. According to Gallup, 64% of Americans overall support marijuana legalization compared to just 51% of Republicans.

As Ted Lieu put it when we spoke with him about it last week, “It’s funny– but not actually funny– that states’ rights matter to the Trump Administration and Republicans only when it’s politically expedient. AG Session’s vendetta against democratically legalized marijuana is a humongous waste of federal resources and has proven to be unpopular at the state and national level.”

Putting it into perspective last week, Jasper Ward of Green Wave Democrats wrote that “campaigns are what candidates make them about. The double edged sword for Democratic candidates in 2018 is that there are so, so many awful things going on that there are too many things campaigns can be about. The common denominator, of course, is Trump and the Republicans have set the train ablaze and aimed it right at the 99% of Americans tied to the tracks. Trump is insanely and angrily opening the throttle to full speed, and the GOP is standing off safely to the side counting their money and watching it happen.” He asserted that “the people who are really going to save America (and maybe the world?) are the challengers out there in red districts and against horrible Democrats like Dan Lipinski and Debbie Wassermann Schultz. They are the ones who are not only going to rush the cabin and stop the train, but because they are not infected by the last two decades of greyscale that has touched everyone in Washington– including Democrats– they are going to chart a new path forward for the 2020s.”

This week gave us a perfect example of the dichotomy of Establishment DC Dems not doing enough to save the country and Progressive Challenger Dems stepping up to chart the new way forward: When Jeff Sessions announced he was suspending the Justice Department memo that prevented US Attorneys from going after the marijuana industry in legal states, the reactions of most Establishment DC Dems showed why Democrats are in the mess we are in.

Sure, there were a few progressive stalwarts like Rep. Barbara Lee (D-CA) and Rep. Beto O’Rourke (D-TX) who were willing to take Sessions on directly. Beto: “After our country has spent more than $1 trillion on the war on drugs, leading the world in the size of our prison population and seeing marijuana just as available today as it was at the start of the war on drugs– and just as the majority of Americans have come to the conclusion that we must end the federal prohibition on marijuana, and most states have followed suit– I can’t understand how the Trump administration would take us back to the dark ages of the drug war.

Blue America has a new fundraising page for progressive challengers who are actively campaigning for legalization. You can check out– and hopefully contribute to– the candidates here.

The progressive candidate in the Illinois race to replace GOP incumbent Rodney Davis, Dr. David Gill, an emergency room physician told us that he’s “amazed by the gall of politicians like Jeff Sessions, who adhere to the concept of ‘States’ Rights’ only when it suits their needs and desires.

“Mr. Sessions is a complete and utter hypocrite. The war on drugs has failed to decrease drug use and has cost taxpayers billions of dollars. Current policy also disproportionately impacts communities of color. It is finally time to legalize, tax, and regulate marijuana. Legalization of marijuana has proven to successfully stimulate the economy in Colorado. This policy will generate billions of dollars in tax revenue and reduce the huge financial burden posed by incarcerating non-violent offenders. As an emergency medicine physician, I rarely see adverse events related to marijuana; in contrast, trauma caused by legal alcohol always keeps my Emergency Room busy.”

And Derrick Crowe is the progressive Democrat running in the Austin/San Antonio district where science denier Lamar Smith is retiring. “Marijuana should be legal,” he told us, “and Jeff Sessions’ obsession with destroying families and communities by jailing people for marijuana offenses is inhumane and puritanical. At the same time that Trump and the GOP are trying to cut people off from their health coverage under the ACA, Sessions is working to end folks’ ability to use marijuana to alleviate terrible pain in states that allow medical marijuana. And, at a time when African Americans are almost four times as likely than Whites to be jailed for marijuana use despite similar usage rates, it’s a racial justice and criminal justice reform issue. It’s clear that there’s no level of pain too great or injustice to deep to get in the way of Republicans’ efforts to please their donors.”

Here’s an idea…call it a ‘no brainer’— Let’s provide positive reinforcement for these candidates.

Let’s make sure the people driving the train are a new generation of leaders who are not afraid to take a principled stand that is contrary to DC ‘Savvy Democrats’ who assure us this issue is meaningless (and therefore will not make it a priority when we take back the majority).