Bernie: ‘I Detest That Type Of Politics And I Think Most Americans Do’ 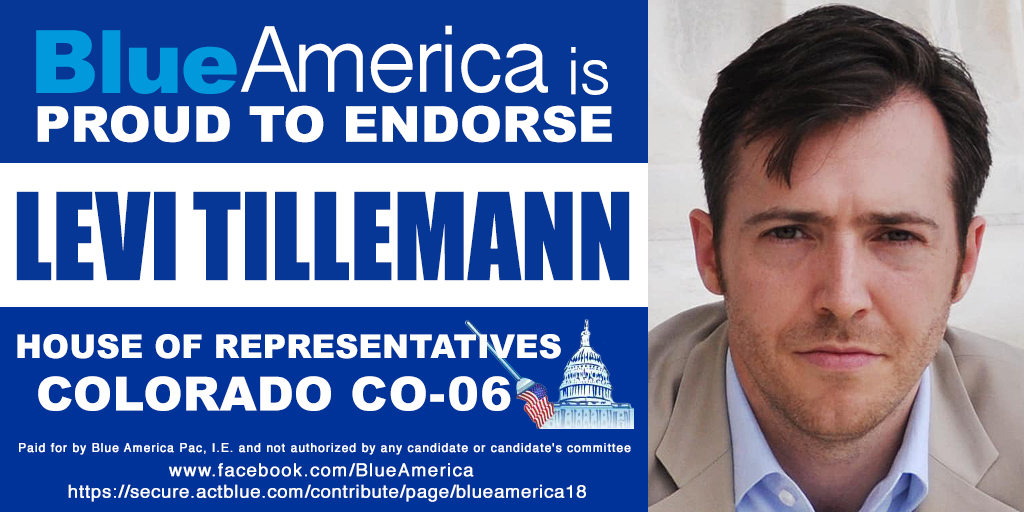 You think what the DCCC has done in undermining Laura Moser is unique? It isn’t. It’s been fairly standard operating procedure since 2006 when Rahm Emanuel and Steny Hoyer decided they should determine who Democratic nominees should be, not local Democratic primary voters. The only thing unique about the Laura Moser incident was how incompetently it was handled and how embarrassingly public it became.

More “normal” DCCC interference in local primaries is better illustrated by how they’re trying to destroy another progressive, Levi Tillemann, on behalf of yet another corrupt New Dem from the Republican wing of the Democratic Party, Jason Crow, in the Denver suburbs (CO-06). The Republican incumbent, Mike Coffman, is one of the most vulnerable Republicans in the country. Hillary beat Trump 50.2% to 41.3% in this district, which has a D+2 PVI.

Levi, who Blue America has endorsed today, asked if we remember in 2016 when Washington insiders confidently predicted an overwhelming victory for Democrats up and down the ticket? “Well,” he reminded us, “that didn’t happen– we lost, up and down the ticket. Remember how Democratic insiders spoke confidently about ‘viability’ and tried to stigmatize candidates who challenged the establishment? It turns out those ‘viable’ candidates weren’t so viable after all. That broken system got us to where we are today. Levi is confident that “we can fix it. This year must be the beginning of something exciting and new. That means two things: First, we must stand for our progressive agenda; Second, we must push back against the backroom Washington dealers who got us here.

Let’s start with the progressive agenda. Before I decided to run, I spent months listening and here’s what I heard people say: too many workers are being squeezed by the modern economy; hard work should mean a good life; the excesses of extreme capitalism and inequality are threatening the American Dream; things need to change. I agreed.

Voters are crying out for an economic and social agenda that delivers economic justice and equal opportunity for all. Progressives demand that these policies address the crushing inequality in America today. I’m committed to fighting for that agenda in Washington.

But we’ll never get there if we don’t push back against Washington insiders. Lobbyists and establishment politicians are trying to slow-walk our fight for equality. They peddle half-truths, influence and big money donations on behalf of candidates and causes that don’t represent you. Those candidates fit the Washington mold– and that’s not a good thing. They will go with the flow and won’t stand up for what’s right when it really matters. If we keep sending that type of person to Washington, they’ll keep rigging the system against us. That’s exactly what’s happening in CO-06.

This has been going on for more than a year (they have supplied him with staff, data and hundreds of thousands in donations). Last November, the DCCC brought these efforts into the open by designating our opponent as a “Red to Blue” candidate. The DCCC has now embedded full-time field staffers with our opponent’s campaign, they share polling data with him and help secure endorsements. They traffic in lies, rumor and innuendo about our progressive campaign.

That’s not only morally wrong, it’s not going to help us win a general election. The DCCC has deployed its strong-arm tactics here before… and they don’t work. Let’s take a look at the DCCC’s losing record over the years.

The 2014 Bloodbath
In 2014 one of Colorado’s most impressive leaders, Andrew Romanoff was the Democratic nominee against Mike Coffman.  Leading up to the general election, the DCCC committed to funding Romanoff’s advertising costs during the last weeks of the election. But the DCCC reneged on their promise — leaving Andrew high and dry.  The DCCC cut the legs out from Romanoff’s campaign and didn’t spend a single cent on the promised advertising.  In other words, the DCCC allowed the GOP and Mike Coffman to demolish Romanoff’s good name and record via TV and radio.  Andrew had no way to fight back. Why? Because he trusted the DCCC. The result was an electoral bloodbath.

The DCCC knows best?
In 2016, the Democratic nominee for CD-6 was Colorado State Sen. Morgan Carroll.  Morgan was an extremely qualified, intelligent and charismatic candidate whose campaign was also tanked by the DCCC. The DCCC wanted to tie Coffman to Trump and that was the entirety of their plan: Tie Coffman to Trump.

An astute politician with local knowledge, Carroll knew this wasn’t the silver bullet. She had a plan to defeat Coffman that was issues driven and focused on aggressive field outreach. But the DC insiders at the DCCC demanded that Senator Carroll follow their orders and threatened to withdraw financial support unless she did as they said. In the face of those threats, Carroll felt she had no choice but to accept the dictates of unelected, unaccountable DC insiders. Coffman won the election in another landslide.

Blue America is asking for your help in Colorado.

Ever since he realized that the DCCC was jumping on the scale early last spring, Levi and other progressives have called on them to back off and let the voters decide. Unfortunately, that’s not the DCCC way. They’ve doubled down on their candidate, lied about it and done everything in their power to stack the primary deck.

Please consider contributing what you can to Levi Tillemann’s campaign by clicking on the ActBlue congressional thermometer on the right. 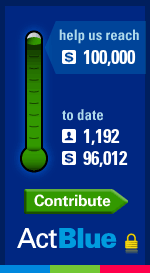 We can win this one by beating the forces of Insider Beltway corruption– first the DCCC and in November, the GOP. As Bernie said, in reference to the DCCC Lee Atwater/Karl Rove techniques in TX-07, “I detest that type of politics and I think most Americans do… That is to my mind, absolutely unacceptable. And it’s got to end.”