Michigan To The Rescue 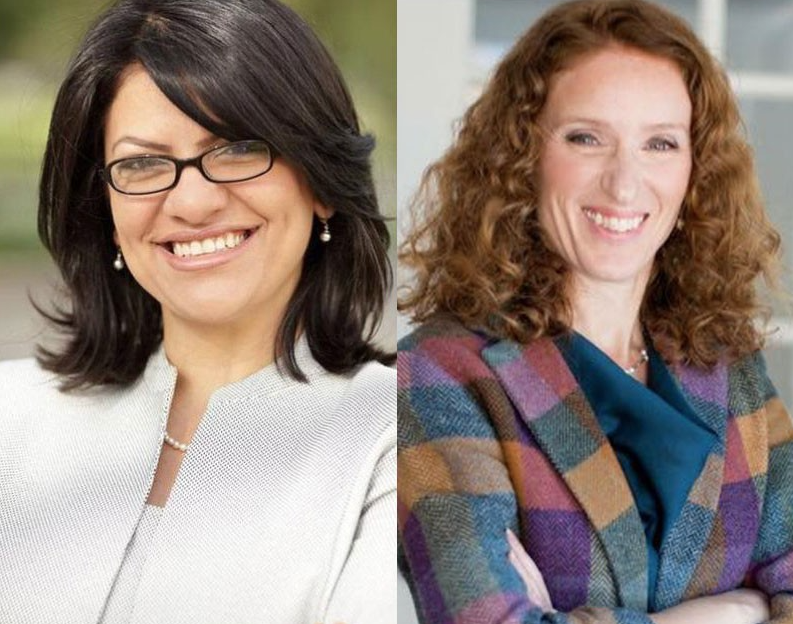 Blue America has endorsed 2 women running for Congress in Michigan with proven records for leadership in the state legislature, Rashida Tlaib and Ellen Lipton. We endorsed them both because they are progressives with progressive records of accomplishment. Identity politics played no role in either endorsement.

That said, take a look at this tweet from Dave Wasserman last week: 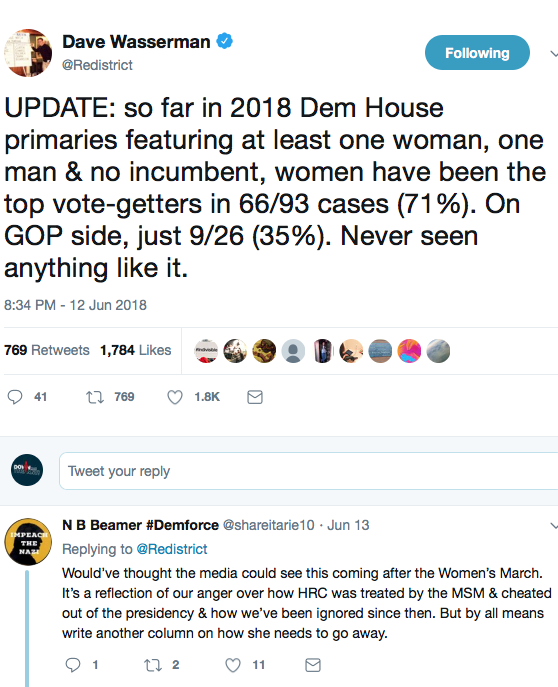 Ellen is the only woman in the August 7th primary for an open seat up against two men, one of whom, Andy Levin, is the retiring Congressman’s son. He’s got the family name recognition; Ellen’s got the legislative experience and proven record fighting for progressive values, having served 6 years in Michigan’s State House and worked as a healthcare activist and public education advocate.

The polling and focus groups that have been dome in MI-09 show that when voters– particularly women voters– see and hear her story, her record and progressive vision trump Levin’s name recognition– and she wins. 2018 so far is an extraordinary year for women candidates, and women in Democratic primaries are voting in record numbers. She promised her supporters that

“We’re going to win this primary by hosting events all over the district, knocking on thousands and thousands of doors, and making sure every single voter in the 9th knows my name, who I am, and what I stand for… I’m so proud and inspired to be a part of the wave of Democratic women standing up to run for Congress this year. It’s time to change the fact that only 20% of Congress is female– because we all deserve better. We need strong women leaders in Congress now more than ever.”

Republicans don’t do well in her district– McCain only pulled 40.1%. Romney, a hometown boy, did a little better at 41.9% and Trump pulled 43.7%. The PVI is D+4 and it’s more than very likely that whoever wins the primary will be the next congress member.

That’s even more so in MI-13, where the Republicans aren’t even running a candidate and which Rashida represented in the state legislature and where she’s running now. The PVI is a jaw-dropping D+33 and Obama won with around 85% both times he ran and where Trump only drew 18% of the vote. MI-13– a big chunk of Detroit plus Highland Park, Dearborn Heights, Inkster and Romulus out beyond the airport– is a blue powerhouse, the kind of district that should be sending cutting edge leaders to Congress. And that’s exactly who Rashida is.

Again, two relatives of the last congressman, John Conyers, decided to run, a son (who was disqualified) and a nephew. If Rashida wins this one, everything in her record points to one thing: she’s not going to be some backbencher voting like a good little Democrat; she’ll be helping form a new progressive consensus among House Democrats and leading the way on tough issues others are afraid to touch, just the way she did in the Michigan legislature.

Both Ellen and Rashida are guided by the belief that everyone, not just the wealthy and privileged, deserves access to opportunity and a better quality of life. They have both dedicated their professional lives to amplifying and addressing the concerns of working families. They don’t just talk about it… they both have records to show they’ve been doing it.

“I’m running because I get results. I brought home $5.6 million in funding for before-and-after school programs and $7.8 million for bilingual education and literacy. I brought home $1 million for free health care clinics and $2 million to remove toxic lead paint from older homes. And I did it with Republicans in control of the Legislature, because I don’t make excuses, I get it done.”

Neither of these dynamic women is an establishment candidate. The DCCC is ignoring both, while backing a Blue Dog and a New Dem in Michigan. That may be because neither Ellen nor Rashida sits still and gets told what to do by representatives of the status quo. 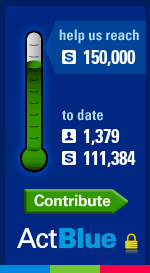 They are exactly what Congress needs, what the Democratic Party needs… what our country needs. Please consider contributing to their campaigns by clicking on the 2018 congressional thermometer on the right.