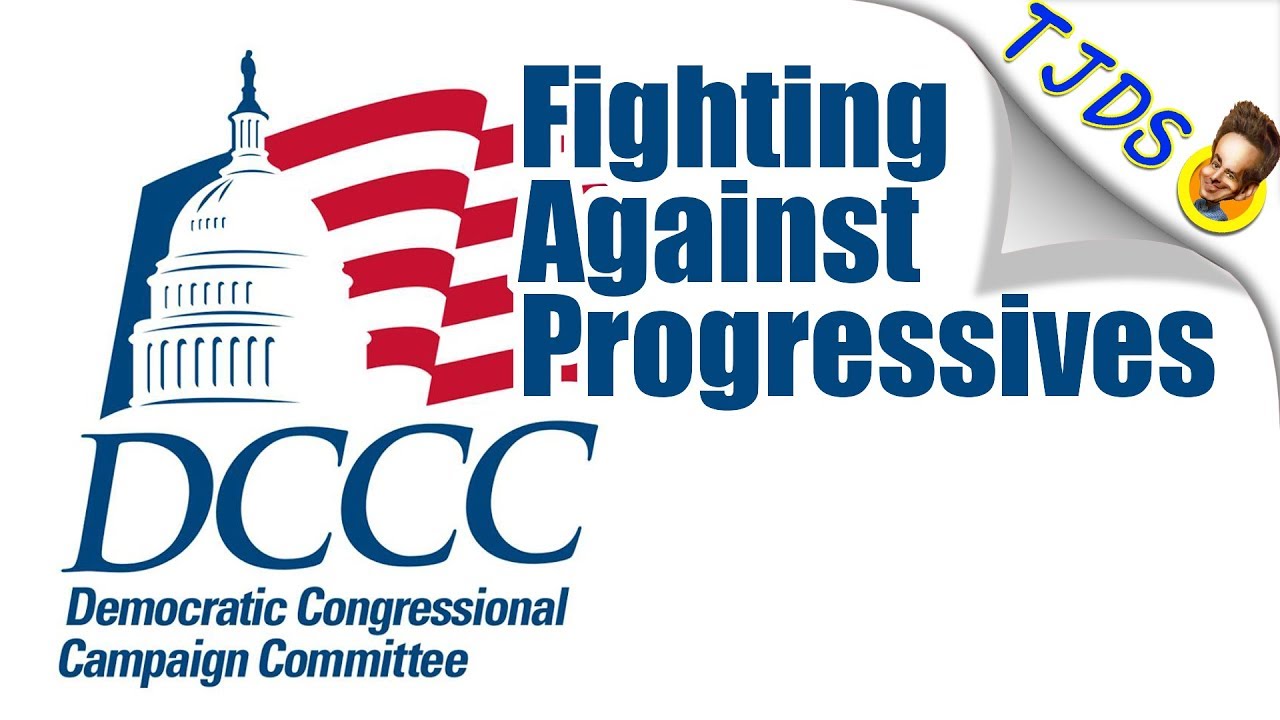 Last Tuesday, one of the most promising candidates running for governor, Abdul El-Sayed of Michigan, lost his race. I tweeted that he ran a great campaign but that it was now time to get behind Gretchen Whitmer and help her defeat Trump’s hand-picked extremist candidate Bill Schuette. One of the first people to “like” my tweet was Abdul. Whitmer might not be my kind of candidate– nor his– but she’s the legitimately nominated Democrat– and the only way to stop Schuette.

After the congressional races on the same day, the DCCC added some of the winners to their Red-to-Blue page… but not the progressives who won. This is outrageous.

On Tuesday, James Thompson won an astounding 65.3% in his Wichita-based district, a nearly two-to-one victory. He congratulated his opponent on a well-run campaign and she did likewise and now Democrats in the 4th district are united and working towards defeating Ron Estes. Although not with the DCCC, who is, once again, refusing to recognize Thompson as a candidate.

Likewise in southwest Michigan, the progressive in the race, Matt Longjohn, came in a strong first in a 4-way race. He beat the establishment fave, wealthy lobbyist George Franklin, 37% to 29% with the other progressive in the race, Dave Benac, taking 21%. Democrats in MI-06 are unified now in their determination to defeat Fred Upton– but not the DCCC. Longjohn was recognized by President Obama as one of America’s best physicians calling him one of the “top healthcare innovators in America.” Not good enough for the DCCC, which is still pouting that a wealthy conservative lobbyist like Franklin didn’t win.

This isn’t new to the DCCC. Rahm Emanuel inserted it into their DNA when he was chairman and he was infamous for undercutting progressives who won primaries and refusing to back them in the general election. Many of them would go on to win without his help, making them independent of the corrupt Democratic establishment, a boon to them and to their constituents and to all of America.

As you probably know, Blue America has a page for progressive primary winners who the DCCC refuses to back.

I just want to point out that one of the candidates on it is J.D. Scholten, who is going up against America’s most vile bigot, Steve King in Iowa’s 4th congressional district. J.D. was in a tough 3-way primary over two months ago. And he won over 50% of the vote! But the DCCC has still refused to get behind his campaign.

One pundit in Iowa told me there was more to it than just how much the DCCC hates progressives. “They make money off King,” she told me. “Every time he says something racist or insane, they send out a fundraising letter. They’d rather see him stay in Congress as a cash-cow for themselves than see someone actually defeat him.”

She told me that staffers at the DCCC were disappointed that small donors were contributing to J.D. so heavily and that as of the June 30 reporting deadline he has outraised King significantly– $755,973 to $505,775. (Awwww. Here’s your tiny violin,