Wisconsin is a thinking state and in 2016 both national parties nominated the worst possible contenders for people accustomed to using their brains. By the end of the campaign thoughtful voters on both sides of the partisan divide were ready to puke. Many sat it out and others were motivated by a lesser of two evils strategy. In the end Trump narrowly flipped Wisconsin, startling the terribly-run and completely inept Clinton campaign. Trump had fewer votes than Romney and Hillary had far fewer voters than Obama. In 2012, 3,028,951 cheeseheads voted. in the presidential race. In 2016 just 2,787,820 did. Most abstainers were Democrats and Democratic-leaning independents who just could not stomach Hillary.

Wisconsin has been a state leaning blue since the mid-80s. Even Michael Dukakis, while losing nationally to George H.W. Bush, won Wisconsin– 51.4% to 47.8%. That was followed by 2 wins for Bill Clinton, one for Al Gore, one for John Kerry and two for Obama. The Democrats almost had to try to lose Wisconsin. And they did. On primary day, the state belonged to Bernie:

Milwaukee is a very blue city but the Milwaukee suburbs tend to be more red. Let’s leave Waukesha County out of this discussion and just look at Ozaukee (north of the city) and Washington (to the northwest) counties. Although Bernie beat Hillary in both counties’ 2016 primaries, both were Ted Cruz country. In the general both counties went overwhelmingly for Trump. Washington County gave Trump 67.8% to Hillary’s 27.4% and Ozaukee County gave Trump 57.1% to Hillary’s 37.8%. In the two counties combined 82,187 people voted for Trump. These are both well-off and well-educated counties. Ozaukee County, for example, is the 25th wealthiest county in the country with the second lowest poverty rate in America. But something is very, very, very wrong with the people there. The only Democrat to win a presidential race in the two counties since 1940 was LBJ in his contest with Barry Goldwater.

Yesterday, writing for the Washington Post, Tim Elfrink reported that this wealthy white elite GOP parents are sending their COVID-infected kids to schools in Washington and Ozaukee counties. They may be educated and wealthy– but they are classic “idiots” by the Greek origins of the word.

“As authorities in suburban Milwaukee gamed out the complex preparations to allow children back into classrooms amid the coronavirus pandemic,” wrote Elfrink, “they didn’t plan for one scenario: parents deliberately sending infected kids to school. Yet that’s exactly what’s happened multiple times in Washington and Ozaukee counties, health officials said this week.”

“Something that happened and continued to happen … which I never in my wildest dreams imagined it would happen, is people sent their known positive kids to school,” Washington Ozaukee Public Health Department Officer Kirsten Johnson told television station WISN.

As health officials investigate cases in more than two dozens schools in the counties, some are demanding harsh repercussions for any parent caught sending a child to class after they test positive.

“When you have parents lying to contact tracers, refusing to get kids tested, that’s just beyond the pale,” said Washington County Board member Don Kriefall, the Milwaukee Journal Sentinel reported. “That becomes very problematic for the health department to manage this whole situation. The hammer may have to be dropped.”

Wisconsin, which has recorded more than 1,200 covid-19 deaths, isn’t the only place struggling to cope with parents who purposely evade the safety systems set up to prevent school outbreaks of a virus that has killed at least 201,000 Americans. In Massachusetts last week, a student attended the first day of high school despite a positive test, sending dozens of classmates into quarantine. A similar situation in Oklahoma forced 17 students into quarantine.

In Washington and Ozaukee counties, which sit just north of Milwaukee, a patchwork of school districts have adopted a range of back-to-school plans, but many have offered students the option of going to school in person five days a week.

Health officials already know of at least three cases where students have tested positive and showed up to class anyway, Johnson told the Journal Sentinel. One student who tested positive felt so sick after coming to school that they went to the school nurse.

In several other cases, Johnson said, parents have lied to contract tracers about test results and about whom their child had contact with. Other parents have also refused to test children, even when they are obviously ill.

“The biggest challenge for us that we’re experiencing right now is people are just being dishonest,” Johnson told the Journal Sentinel. “They don’t want their children to be quarantined from school. They don’t want to have to miss work. In doing that, they’re jeopardizing the ability to have school in person and other people’s health.”

Health officials are urging schools in Washington and Ozaukee counties to use attendance software to keep track of students who test positive for the virus, and to ensure they don’t show up for class when they’re supposed to be at home in quarantine.

The counties also plan to hire more contract tracers and will consider ordering schools to close if cases rise. As of Tuesday, the two counties were investigating cases at 25 schools.

While early evidence suggests schools have not become hot spots for coronavirus transmission so far, health officials said they will have no choice but to take drastic action if sick kids keep coming to school.

“We’re not going to be able to keep our schools open,” Kriefall told WISN. “It’s going to, I mean, just a few parents that are irresponsible are going to affect the entire school district.”

How many of these parents have heard the Trump propaganda and decided to take matters into their own hands with some good ole fashioned Republican herd mentality in furtherance of misguided concepts of herd immunity? Yesterday, Wisconsin reported another 1,762 cases (5th most in the U.S.), bringing the state’s total to a rapidly-rising 105,932.

The other day we first met Richland County Supervisor Shaun Murphy-Lopez, an Assembly candidate in a rural district in the southwest corner of the state. Today he noted that “In rural Southwest Wisconsin, we have a high percentage of residents who are seniors. Unfortunately we’ve lost several beloved friends, neighbors, and relatives to COVID. In my travels around Assembly District 49, I see a growing number of residents who are following guidance from our local health care professionals. That’s welcome news, because we need a healthy and thriving rural population. If a parent were to send their COVID-positive kid to school, they would put other students, educators, and community members at risk of severe illness or death. My hope is that this type of activity will be non-existent in rural Southwest Wisconsin. I encourage quarantined people who need help with getting groceries or other supplies to contact me at 608-462-3715. We’ll make sure people get the help they need until they recover from the virus.” 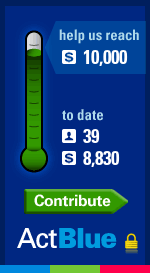 Emily Voight is running for an Assembly seat in the northeast part of the state, south of Green Bay. She reminded me that she’s “a mom of three children, two of which are still in elementary school. My middle child is attending school virtually but my youngest is going to school in person 3 days a week and doing online school 2 days at home. I never send my kids to school when they are sick, and it completely blows my mind that anyone would send their child to school with Covid-19! Scientists have said that Covid-19 is not the flu, that it is much more dangerous and deadly than the typical seasonal flu. Schools have always had the rule in place that children need to be healthy (24 hours fever free) while attending. We need to hold these parents that send their children to school with COVID-19 accountable.”

Jacob Malinowski is running in a suburban Milwaukee district that is adjacent to… Waukesha County, even worse than Washington and Ozaukee counties! A school board member himself, he’s the youngest Democrat running for the Assembly this cycle. He told me that “Parents and administrators were both forced to make tough choices because the Wisconsin State Assembly has refused to show up for work in over 155 days. With no guidance, no plans, and absolutely no assistance, students and teachers are struggling to figure out the new school year. Our politicians failed to step up, and our families are paying the price– and every day I’m praying for the safety of everyone inside of our schools and throughout our communities.”