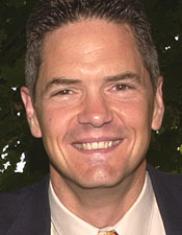 Today’s Blue America candidate in Mark Schauer in south central Michigan, leader of the Democrats in the State Senate. Mark is taking on radical right extremist Tim Walberg, a Bush Regime tool. He’ll be over at Firedoglake today, doin’ some live blogging from 2pm ’til 4pm, EDT. Even though he’s only 46 years old Mark just became a grandpa. He’s tends to spend more of his free time reading than listening to music. His iPod has books and he listens to them when he walks his dogs in the morning, But once I got him talking about music, I saw some real passion there. When we talked on the phone the other day he told me, “One of my heroes is Johnny Cash. I loved all of his music throughout an incredibly long career. He spoke to the American people; his heart and soul were transparent in his music. One of his early hits was “Get Rhythm”, a song that’s in my head a lot that’s sort of about keeping a good attitude and working hard and just fighting through things and keeping youself going. It’s sort of an anthem for me. Campaigning is like a marathon– you’ve got to keep up your energy and stay focused on why you’re doing it. Another one that’s been a bit of an anthem for me in my senate district is ‘Going to Jackson.’ The song is about the push/pull of a hot, fiery relationship but for me its always about the community of Jackson which I represent.”

Please surf over to FDL and hear what Mark has to say about the issues and his campaign. And if you want to help him out, our Blue America Page is open 24/7.