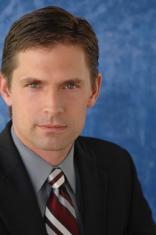 Today at 2PM, EST (11AM on the West Coast), New Mexico Democrat Martin Heinrich will be back at Firedoglake for another live blog session. We invited him back not just because he is one of the most proactive candidates on warrantless wiretaps and retroactive immunity but also because Bush is going to Albuquerque to raise money for Martin’s extreme right wing opponent (former Bush-Cheney county chair, Darren White). With the Politico explaining last night how McCain is deploying Bush to rightist hot beds to raise money for his campaign without McCain being present, it is important to continue to make Bush toxic as a fundraiser the way we did when he flew in to help raise money for Dave Reichert against Darcy Burner.

Any assistance with out efforts to raise funds for Martin’s campaign between now and the Darren White-Bush funder on May 27 would be much appreciated. An advance is up at DownWithTyranny now.