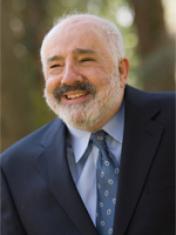 Yesterday’s NY Times focused on the differences between McCain’s willful inability to send e-mails– he uses the regular excuse he uses for all his shortcomings, that he was tortured in Hanoi– with that our one of Blue America’s highest priority congressional candidates, Dennis Shulman of New Jersey, who was completely blind by the time he was 15. Dennis is a computer whiz who believes in solving problems, not looking for pity and excuses. But Dennis isn’t running against John McCain; he’s running against the last hard-core right-wing extremist House member left in the Northeast, Scott Garrett.

On Friday Garrett was in the news because he was the only New Jersey congressman– from either party– who voted against funding the Highway Trust. The 28 others were a motley crew of mostly far right Confederates who oppose the very concept of government playing a positive role in citizens’ lives– like in maintaining bridges and highways. Garrett is often at odds with mainstream notions about the role of government and he is often found voting alone with a small handful of radical right kooks from Georgia, Texas and South Carolina.

Even if the DCCC hasn’t, the Times pieces will help galvanize moderates and independent voters behind Dennis. Crooks & Liars readers have been on the case since last November.

If you’d like to continue helping this brilliant, no-excuses, blind rabbi from the Jersey suburbs get his message out, our Blue America ActBlue page is open… 24/7.

Children killed this year by guns: 1,508

Just in case you were worried about the people reading the books instead of the people carrying the guns.