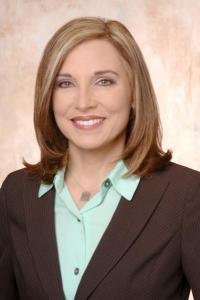 Gus Ayer was the Mayor of Fountain Valley in Orange County when he first became a good friend of Blue America’s. Today he’s a senior advisor to Debbie Cook’s congressional campaign. The other day we were talking about the difficulties a progressive challenger faces in a red district, especially with a DCCC seemingly so dedicated to electing lots and lots and lots of dull, go-along-to-get-along Blue Dogs. Debbie’s neither a Blue Dog nor someone who goes along with anything she hasn’t gone over thoroughly from every angle. As of September 30th, her opponent, Dana Rohrabacher, had $497,388 left to spend on a blitz of negative media. Debbie, who is getting zero help from the DCCC, is left with $30,284. Several Orange County Democrats pooled their money and came up with a $10,000 package that they are challenging DWT and Crooks & Liars readers to match today. Gus is joining us in the comments section here from 3-4pm PT to discuss the campaign. Here’s his take on what’s happening right now:

Dana Rohrabacher’s handlers have been keeping him out of the public eye because they know he’s really crazier than Michelle Bachman. He might talk about the Iraq war going badly because Bush picked the really handsome generals instead of the smart ones, rant about the threat from asteroids and the need for a “Death Star” in space, or start shouting about feminists, environmentalists, Mexicans and Chinese ruining America, or terrorists killing your family at Disneyland.

By contrast, Debbie Cook really represents the values of the district, an athlete who married her college sweetheart, and followed a progression of small business owner, PTA President, environmental activist, environmental attorney, then eight years on the City Council and as Mayor of Huntington Beach. She’s smart, driven, decent, and surprisingly modest, and for the last three years, she’s been working to educate local and regional leaders on Peak Oil and renewable energy.

Debbie doesn’t mince words about women’s issues, marriage equality, getting out of Iraq, or the need for single payer health. But her passion is energy and the need to act now to leave fossil fuels before they leave us.

We’re riding a wave of change here in Surf City, and Republicans panicked when they finally did internal polling and showed the race within the margin of error. We’ve gotten great response to our ads on cable, and we can still increase our buy for the last week. We’re on track to knock on almost every door in the district before the election more than once, and we’re getting tremendous support for GOTV from every environmental group, the unions, the nurses, PDA, and DFA.

We have targeted mail ready to go to hit the low-propensity voters and remind younger voters, women, seniors, veterans, Latinos, and Vietnamese that Rohrabacher is a ZERO while Debbie is a HERO. Every dollar you give today goes out the door to communicate to voters.

A series of donors have made a $10,000 matching dollar for dollar pledge.

And donating will allow them to keep this ad up on TV:

So please join me in welcoming Gus Ayers to C&L.