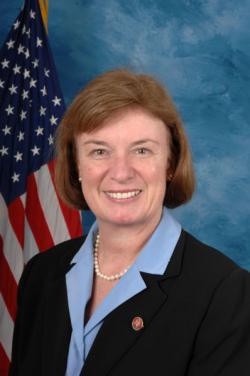 Texas-10– Early voting, increased Democratic voter registration, a lack of enthusiasm for McCain and for Republicans in general looks like it is turning one of Tom Delay’s gerrymandered districts– a big swatch of eastern and central Texas from Austin to the Houston suburbs– blue. Larry Joe Doherty is doing an incredible job and Bush rubber stamp Michael McCaul is suddenly waking up to realize he may soon be working for his father-in-law directly. Today’s Austin Statesman seems to have detected a bit of the old gloom and doom setting in at McCaul campaign headquarters.

After looking at the early voting turnout– two to one, Democrat over Repug– McCaul campaign manager Jack Ladd sent out an e-mail alert to right-wing activists: “This is very bad news. If you think your friends are volunteering, they are not. I know I’m not going to sit down and die, and I know you will not either. There are only 12 days left, and this is not a lifelong commitment, we are asking you just give part of a day or days and help keep CD10 Republican.”

Between the Rick Noriega, Barack Obama and SEIU ground campaigns– not to mention Larry Joe’s own– McCaul would probably be better off spending the next 12 days in one of the snake-handling churches that support him begging for some of that sky-god intervention Palin is counting on.

New Hampshire-01– None of the freshmen elected in 2006 has been more forthright in battling the special interests and always keeping the interests of working families front and center than Carol Shea-Porter. Unfortunately, Jeb Bradley, the rubber stamp reactionary the voters in eastern New Hampshire decided to replace in 2006, is trying to get his old job back. And there’s nothing he won’t stoop to to get back to Washington. Right now he’s using a poor distraught Gold Star mother to distort Carol’s support for the troops and principled opposition to the war. Carol has received the endorsement of the VFW’s PAC, and an A+ rating from the Iraq and Afghanistan Veterans of America. What Bradley is trying to do to her is despicable.

Carol is a military spouse and has been one of the best friends our fighting men and women have in Congress but Bradley is callously manipulating this woman– apparently driven insane and filled with partisan rage and hatred– as an attack dog against Carol.

Bradley’s corporately funded campaign includes the most vicious and deceitful ads being run by anyone from either party in New England. His ads are entirely based on distortion and outright lies– like this ugliness. Fortunately New Hampshire is not Alabama and most of the voters there seem to see right through Bradley’s slimefest. The two most recent polls– both in October– show Carol ahead of him by an average of 7 points. The problem is that Bradley was a 100% corporate shill before Carol banished him from Congress and K Street wants him back– and right-wing front groups and hate organizations like Freedom’s Watch are flooding the district with ads. Carol can really use our help– and she’s earned it.

Pennsylvania-03– The only independent who Blue America has endorsed this year, Dr. Steven Porter, is running against an anti-choice fanatic/pathetic Democratic hack from the Republican wing of the Democratic Party, Kathy Dahlkemper and against one of the most useless and personally corrupt GOP shills in Congress, Phil English. Predictably, the two superficial and unqualified major party candidates have conspired to keep Steven out of the debates. When Edinboro University announced recently that they are including him in a debate next Tuesday, the petrified and tongue-tied Dahlkemper immediately backed out. English isn’t saying whether or not he will participate.

“Dahlkemper’s refusal,” Steve told us, “is evidence of a fatal flaw in the character of a legislator: the lack of courage. When the choice before the electorate is limited to one between clever thieves and shallow puppets, the only results possible are disastrous. We are experiencing those kinds of results now in our land and across our planet. And still, things can get worse. Recessions can collapse into depressions. Terrorist conflagrations can escalate into nuclear war. The greed of international business can result in ecological holocaust. To stave off such calamities, legislative leaders around the world will need the courage to speak the truth and act accordingly. The cowardice of Mrs. Dahlkemper (and a very corrupt political system which supports her) in both driving independent voices off the ballot and refusing to face them in open debate signals her complete unpreparedness for the office which she seeks. It is a warning sign of unmistakable dimensions.”

And English, as usual, has problems of his own. One of the misguided labor unions that has backed him preciously, AFSCME, has finally woken up and seen the light, launching a half million dollar campaign against him for his consistent support of Bush’s anti-working family economic agenda. The AFSCME campaign may not be enough to defeat English. Steve has virtually no money to mount a campaign and Dahlkemper is such an abysmal candidate that no self-respecting progressive could possibly vote for her. On top of the corporate pals who English has sold his soul to are coming through for him with last minute mega-donations, especially mutual fund firms, mortgage bankers and other authors of the economic collapse he has helped preside over. Needless to say Big Oil and every big corporation that opposes labor unions, especially Wal-Mart, is donating to English.

Tonight’s last item: in a move that surprised most people, Oklahoma’s fourth largest newspaper, the Muskogee Phoenix endorsed one of the best candidates running for Senate anywhere, Andrew Rice.

There is no doubt that Inhofe maintains a conservative attitude that reflects the position of his constituent base, but the extremist statements he has made throughout his career on many subjects hurts his credibility and the state’s image despite whatever positive contributions he has made while in Congress. And extremism, whether to the right or left, does not promote good government policies or government that benefits everyone.

That is why Andrew Rice is a better candidate in the U.S. Senate race.

Rice has a more even-handed and rational approach to the issues and problems we are experiencing. He has gained a experiential world view as a missionary, working with rural development projects in Asia, that would serve him well in the Senate.

And another great Blue America candidate for Senate, Jeff Merkley, had a pretty special endorsement today too:

Crossposted at Down With Tyranny!