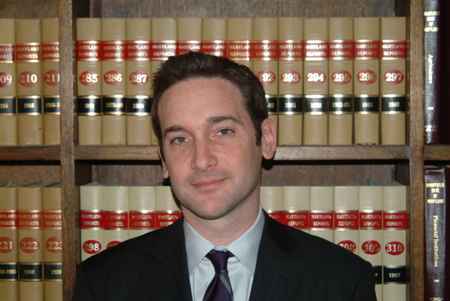 Judd was one of the first bloggers whose work I admired when I discovered there were actually other political bloggers. A few weeks ago he told me he had decided to run for the Maryland state legislature and John and I asked him to come by and tell everyone about his race. Please join us in the comments section to take part in the live discussion. Here’s a little background material on Judd, who is seeking to replace a far right freshman misanthrope, Ron George, and take the values he learned as a progressive blogger– accountability, transparency and inclusiveness– and bring them into state government in Maryland.

Judd is seeking to represent the district he grew up in and to replace one of the most right-wing extremists in the General Assembly. Ron George was a sponsor of “Maryland’s Marriage Protection Act,” a state constitutional amendment that’s widely viewed as Maryland’s version of Proposition 8. The bill would not only write discrimination against gays and lesbians into the Maryland constitution, it would “affect the ability of the State and local governments to extend benefits to partners of the same sex,” such as hospital visitation rights. He also sponsored a constitutional amendment to ban abortion, regardless of circumstance and, although he campaigned on a pledge to work for a clean environment, he received a score of 33% from the Maryland League of Conservation Voters.

Clean Bay: The 25-year, multi-billion dollar effort to restore the Bay has been a failure. “If we don’t act quickly,” said Judd, “the Bay will soon pass the point of no return. This means standing up to powerful special interests such as agribusiness, which remains the number one source of pollution in the Bay. This is more than an environmental issue, it’s an economic issue. Much of Maryland’s economy is dependent upon the health of the Bay.”

Clean Energy: Judd has been telling voters that the state faces an energy crisis. “Absent policy changes the state will face rolling blackouts starting in 2011. Marylanders have also seen their energy bills skyrocket. We need to move aggressively on three fronts: 1) energy efficiency programs, which can reduce the need for new generation and reduce costs for consumers, 2) investment in transmission which will allow more power to flow into the state at reduced costs. 3) new sources of clean energy including wind, solar and biofuels.”

He’ll be running a grassroots campaign and we promised to help make sure the netroots is aware of his race. If you can handle it, please consider making a donation at his ActBlue page. Now, join us in the comments section.