We Already Know We Can Win Elections. Now How Do We Keep The Democrats’ Attention After They Win?

All I know is months ago it was conventional wisdom in D.C. that the Democrats couldn’t take the House, that candidates shouldn’t talk about the war, and that the best way to try to win 15 seats was to throw all your money into about 18 of them, and hope for the best. In the end, that’s not how it played out.

Who boosted Howard Dean into the chairman’s spot at the DNC, bringing his successful 50-state policy to fruition in last year’s presidential race? The netroots did. And in 2006, who showed Rahm Emanuel that yes, we really could take control of Congress? We did.

Whose fundraising pushed the Democrats over the top in the 2008 Senate races? Ours did. Whose activist base drove the publicity, turnout and dollars in last year’s presidential primaries and general election?

So what have we accomplished? The war goes on and we’ve even expanded our presence in Afghanistan. The Bush-era encroachments on civil liberties have not only been embraced by a Democratic president, the Democratic Congress gives him their blessing. And with the goal of universal healthcare within tantalizing reach, we have Blue Dog Democrats – Democrats! trying to obstruct it.

Enough of kicking the Blue Dogs. What can we do to be more effective? Where did we go wrong?

Take Patrick Murphy, who won PA’s 8th Congressional district. I still remember that sweltering night at the local brewery when various candidates spoke to a packed, sweaty room of Philadelphia liberal activists and bloggers. I’d been talking to Ginny Schrader, who had a close-but-no-cigar run at the seat left open by the resignation of Jim Greenwood, a liberal Republican, the year before. 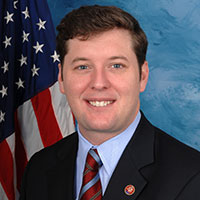 And then Pat spoke. He introduced himself as the son of a Philadelphia police officer, a child of the city’s row houses who’d worked his way through law school and served in Iraq, where he earned a Bronze Star. “I am a progressive,” he told the crowd. And just like that, Schrader’s chances evaporated. Murphy, a political neophyte and longshot who quickly became a favorite of both local and national bloggers, did the unthinkable: He won.

At one fundraiser, held in a posh downtown skyscraper by his heavy-hitter law firm, I cornered Pat and said, “If you screw us, I’ll kill you.” He reassured me by reminding me his wife grew up in a trailer park, that he would “never” forget where he came from or the people who were counting on him.

And then there was the personable Chris Carney (PA-10), who dropped by the Philadelphia Drinking Liberally to see if he could prod bloggers like Atrios, Booman, and me to support him. We did. ($8,210, which goes a long way in that media market.)

He won. He’s a Blue Dog, too. (Don’t mention his name to Howie Klein.)

Remember hitting the “donate” button for Stephanie Herseth? Not only is she a Blue Dog, she’s one of their leadership.

While not every Democrat the netroots supported promised to vote against the war, most of them did. Remember anyone actually doing it? Me neither. (We also supported wonderful progressives like Donna Edwards, so it’s not all bad. But this isn’t about them. It’s about trying to figure out how we can cultivate effective, collective clout on our issues.) 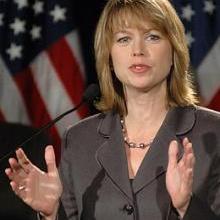 The thing is, the disappointing candidates we supported aren’t such bad people – just mostly lukewarm on our agenda. Maybe we were naive to think that campaign promises somehow meant more coming from candidates who told us they were liberals and seemed so damned nice.

So where’s the line? How do we inspire the same kind of dogged loyalty on issues from candidates that the lobbyists do? The Blue Dogs often vote against the interests of their own constituencies to please their donor base. How do we get that kind of credibility and clout? If we have to bludgeon our candidates every single time we want their attention, they’ll start to tune us out and we become little more than an annoyance. Yeah, sometimes the big stick works. But we need a carrot, too.

Somehow, we need to break through a mindset that allows Blue Dog Democrats to favor the local voters and good old pork-barrel politics when it’s convenient, yet blithely ignore them on big transformational issues like health care, when it’s time to pay back the large donors.

The very thing that makes us so effective also makes us politically weak. We identified talented Democrats, assessed their chances and decided (correctly, in many cases) that small donations from around the country could add up to a real difference in the results. They did. That sustained push from the blogosphere raised the profile for the winners as our early money made them viable.

But here’s the problem. Our influence is diminished because we’re so diffused. And for most of these candidates, we only sparked the initial surge that attracted more establishment money later in their campaigns – we don’t own the results, not the way the insurance, health care and defense industries do.

According to the candidates, they don’t owe us a damned thing. (We’re not alone in getting this kind of treatment, by the way. Women’s and LGBT PACs are also invisible – once the candidates have won with the help of their all-important early money.)

We, on the other hand, thought we were supporting transformational candidates, people who would at least give us equal standing with the voters back home, and feel free to ignore the corporate lobbyists, knowing we had their backs. It hasn’t worked that way.

Look at the Blue Dog Dems like Max Baucus and Kent Conrad. They come from states so sparsely populated, they probably couldn’t fill Times Square on New Year’s Eve. They have no problem ignoring the needs of their constituents when it makes the lobbyists happy. They were singled out for special attention by lobbyists because of their committee clout.

Maybe that’s what we should be doing. How does the Netroots Nation buy ourselves some strategic committee members?