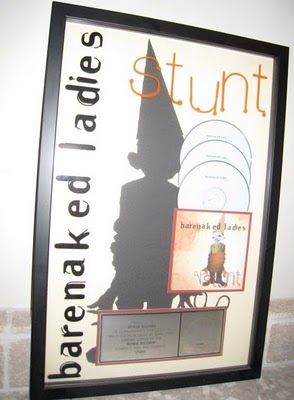 Blue America just started a new, fun contest. We’re trying to make the Senate a more progressive place to live in. So, it’s time for The May Senate Primaries and we need your help.

Although Blue America does occasionally work on the Senate (hi Blanche!), we mostly concentrate on electing better Democrats to the House. However, that doesn’t mean that when an opportune moment arises we aren’t in there trying to help, especially when it comes to sending a message to the Party that it needs to be philosophically coherent and stop supporting any right wing conservative who deigns to put a “D” after his or her name.

One of those moments is upon us, or I should say a whole month is upon us. There are five crucial Senate primaries in May– North Carolina, Ohio, Arkansas, Pennsylvania and Kentucky. Each pits a more progressive grassroots candidate against a more conservative Establishment candidate, respectively Elaine Marshall vs Cal Cunningham, Jennifer Brunner vs Lee Fisher, Bill Halter vs Blanche Lincoln, Joe Sestak vs Arlen Specter and Jack Conway vs Daniel Mongiardo. If any of them, much less all of them, happened to win it would be a seminal moment for the Democratic Party. And we’d like to pitch in a little bit and do our part.

Howie Klein sent me an email:

So… what could these candidates– in the words of Barenaked Ladies— do with a million dollars? Well, they could start to match the huge influx of corporate cash the Supreme Court has guaranteed would flow into the campaigns of corrupt Wall Street shills like Richard Burr (NC), Rob Portman (OH) and other conservative corporate suck-ups for starters. So Blue America has an idea for a little contest. We don’t have a million dollars to deploy yet but we do have something no Wall Street banksters have. We have a genuine RIAA-certified Barenaked Ladies multi-platinum award for STUNT.

We’re going to give it to the campaign that gets the most votes at the Blue America May Senate Primaries page. A vote is a donation to your favorite candidate– whether one dollar of one-hundred dollars. The candidate with the most votes gets the award disc to auction or to give away to one of their donors.

So, please take a look at the page and make a contribution– no matter how small– to either Jennifer Brunner (OH), Jack Conway (KY), Bill Halter AR), Elaine Marshall (NC) or Joe Sestak (PA). It’ll be too late in November if, for example, Kentucky voters are forced to choose between Rand Paul and Daniel Mongiardo, two conservatives or between Arlen Specter and Pat Toomey, two Republicans indebted to Big Business.

Do we want the Ben Nelson’s of the world controlling the direction of the country?

@CalNurses brought together an army of almost 600 activists tonight to prepare our battle plan to pass #CalCare #AB1400 in the next week!

Last year, I found my Dad’s poll tax receipt among his papers. He kept it as a reminder of the barriers our family faced in voting.