When moderate Democrat Vic Snyder decided to retire from Congress, half a dozen Democrats jumped into a race that was sure to pit one of them against crooked Karl Rove protégé Tim Griffin, the sleaziest of the corrupt U.S. Attorneys who were appointed by Bush to turn the Justice Department into a punitive arm of the Republican Party.

In the end there was a formidable group of Democrats in the race to replace Synder, including his chief of staff, David Boling; the Senate Majority Leader, Joyce Elliott; and the House Speaker, Robbie Wills. Wills, who hails from Conway in Faulkner County north of Little Rock, is way on the right-wing fringes of the Democratic Party, a corporate hack who opposed health-care reform, tailor-made for the Blue Dog caucus Snyder never joined.

Meanwhile, Joyce Elliott has been a tireless and well-respected advocate for ordinary working families as a member of the Arkansas House (2000-2006) and then as a member of the state Senate. She came out on top in the primary last week, despite being outspent by both Boling and Wills and despite the never-ending din of “conventional wisdom” that an African-American woman could never win federal office in Arkansas. In the five-way race, she drew 39.7% of the vote to Wills’ 27.8% and Boling’s 19%, the other candidates in the single digits. Closet racists in central Arkansas currently have a mantra: “She can’t win against Griffin so we have to support Wills” (who will vote like Griffin but at least wears a blue jersey).

Boling has endorsed Joyce, and Wills is scurrying around to find bit players to counter that devastating blow to his candidacy. Joyce was also enthusiastically endorsed by Blue Arkansas, which urges its readers to help her make history:

State Senator Joyce Elliott has been a progressive leader and champion in the state legislature long before Blue Arkansas was ever around to back her up. Now she’s running to represent the people of AR-02 in Congress. No matter what position she has taken or how hard the fight was, Senator Elliott has always lead with courage, intelligence, grace, and character. She is the best choice to succeed Vic Snyder and represent AR-02 in these tough times, and we will stand with her every step of the way, no matter how tough the fight is.

Today, Blue America also endorses Joyce, who will join us for a live blog session below in the comments section. I hope you can stop by to meet her and ask her the kinds of questions you think candidates for Congress need to address. Last week when I was on the phone congratulating her for her convincing win in the first round I asked her a tough one — how she would have voted on October 3, 2008, when Bush was pushing his Wall Street bailout. I like the way she approached it:

Though I am an unabashed optimist, I am grounded in reality. The Wall Street debacle forced a clash between my worlds of reality and optimism. The indefensibility of the Wall Street debacle rendered this confluence particularly disturbing when taxpayers became “forced” partners to the bailout. While I accept it was better to pull our country back from the brink of economic disaster than to let the entire system crash, I find it wholly unacceptable that transparent, stringent accountability was not a part of the equation. Handing over the Taxpayers of America credit card to “too-big-to-fail” institutions with no strings attached or with strings so loose they were totally uninhibiting was bad policy. The gravity of the economic situation was threatening, I am sure; nevertheless, it is the responsibility of Congress to conduct business in a manner that is accountable to taxpayers who pay this country’s bills, even in under great pressure. While I won’t bog myself down in hindsight, I will use hindsight going forward to make sure I never cast a vote such as the “bail out” without holding institutions and/or individuals accountable.

Please consider making a contribution to Joyce’s campaign today. In fact if you do so at the Blue America ActBlue page before midnight tonight, we’ll enter you in a drawing for a rare, numbered, collectible and very beautiful print of Patti Smith, one of only six that were made. This one was signed by both Richard Aaron, the photographer, and by Patti Smith herself, who wrote on it, next to her signature, “People have the power.” Joyce reminds me of Patti, which is why I dug it out and decided to give it away today. 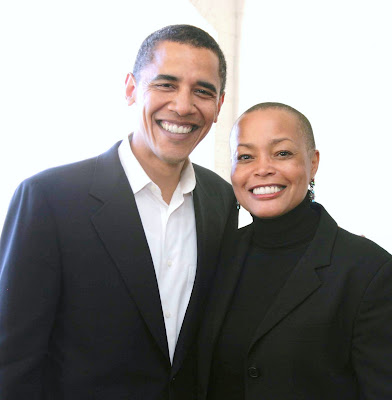