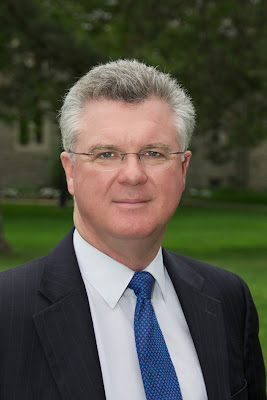 Beyond Just A Dependable Progressive Vote: Proven Leadership, Meet the Speaker: Chris Donovan’s NOT the kind of progressive that sits around “being right” and not getting anything done. Let’s get him working for us! Please give what you can to his campaign.

With so many state legislatures working against the interests of working families and against democracy itself, it was refreshing to meet the Speaker of the Connecticut House of Representatives, Chris Donovan. Chris is running to represent the western and central Connecticut congressional district being left open by Chris Murphy’s run for the U.S. Senate (to replace Joe Lieberman). Chris is the newest Democrat endorsed by Blue America and he’s joining us for a live blog session at Crooks and Liars on Saturday at 2pm (ET). We hope you can join us then.

Chris isn’t just good on the issues– though he certainly is– he understands the mechanisms of power that create public policy. He’s not the kind of progressive that sits around being right and not getting anything done. That’s why he holds the top position in the Connecticut legislature, and that’s why the Connecticut legislature has been taking such cutting-edge positions on issue after issue at a time when reactionaries like Scott Walker, Rick Scott, Rick Snyder, Rick Perry, Chris Christie, John Kasich, Tom Corbett, Paul LePage, Bob McDonnell, etc. are dragging their states backwards. Chris led the successful fights in the Connecticut House to pass 12 minimum wage increases, implement the strongest campaign finance reform legislation in the country, allow all Connecticut students to pay instate tuition rates through the CT DREAM Act, create the first statewide paid sick leave legislation in the country, ensure marriage equality, end discrimination based on sexual preference and gender identity, decriminalize marijuana, and implement a municipal pooling of health care and prescription coverage that will save both the state and its cities and towns money– the first step on the path to a public option for Connecticut.

Dream candidate? Absolutely– and very much worth helping elect to Congress!

Like every candidate Blue America has endorsed this year, Chris has told us that jobs is the single most important issue voters in his district are concerned about. If you listen closely, though, Chris isn’t using Republican Party/Inside-the-Beltway framing to discuss it. He’s very much an advocate for public sector jobs and for the government playing a vital role in the general welfare of the nation. “Our private industries and small businesses need customers,” he told me yesterday, “at the same time that our towns and cities need teachers, nurses, and public safety workers. Instead of calling for more jobs to be cut, Republicans and pundits in Washington and Hartford should join progressive Democrats in investing in quality jobs with strong benefits that benefit our communities. We need more teachers, more firefighters, more construction workers, and more nurses. The Republicans in the House claimed to be running on a jobs agenda in 2010– more than 240 days and zero jobs bills later, it’s time for them to honor their promises.”

He’s one of the only Democrats I’ve heard slap back against Marco Rubio’s deranged, alien claim that Medicare and Social Security have made us weaker as a people. “When I hear that the Inside-the-Beltway crowd is talking about cutting Medicare, Medicaid, and Social Security, I am outraged. These programs make America what it is, a country that cares– about our seniors, about our children, about our people. That’s what I’m going to fight for in Congress– to protect our future, to protect Social Security, Medicare, and Medicaid, and to make sure they are around to protect our grandparents and our grandchildren.” Chris Donovan– our kind of candidate.

Again, you can contribute to Chris’ campaign– and to our country’s future– here at the Blue America ActBlue page.

We are all in this together,