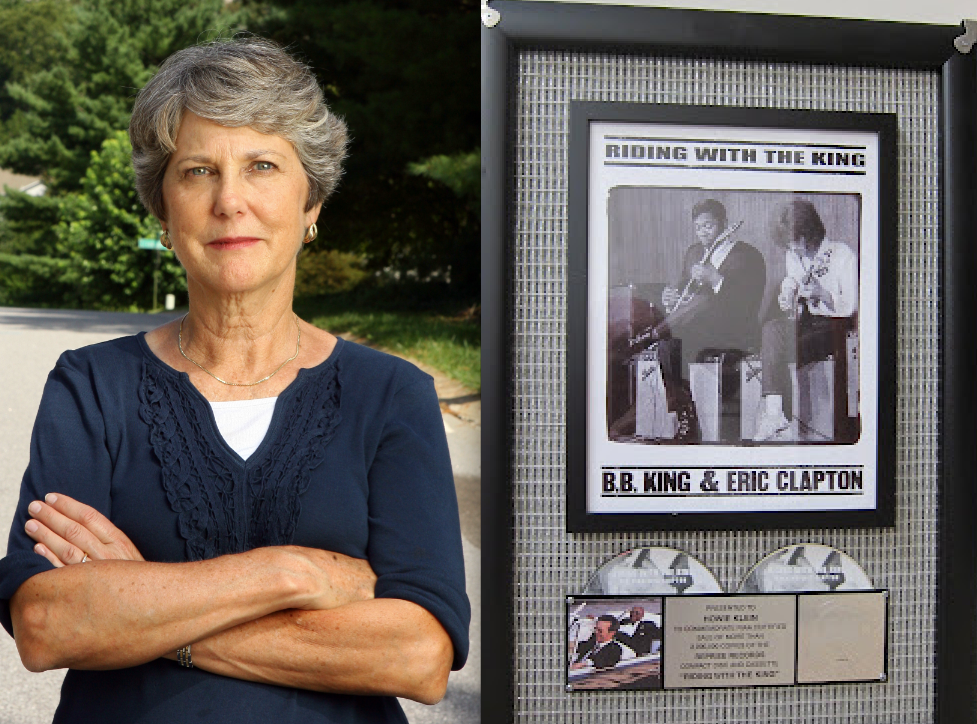 … by helping Patsy Keever win her seat in North Carolina. Howie writes it all up here:

When I was a teenager I worked at the Cafe Au Go Go in Greenwich Village for a stint. It’s where I first met many artists I later became involved with, from Jimi Hendrix, Joni Mitchell, the Grateful Dead to the Jefferson Airplane and The Animals. In 1967 I saw Eric Clapton, then 22 and a member of Cream, perform with American blues great, B.B. King. More than 30 years later I was the president of Reprise Records when Eric, one of our biggest-selling and most respected artists, told me he had gone into the studio with B.B., who he idolizes, and they had recorded several songs. This turned into a collaborative album, Riding With The King, which hit #1 on the Billboard blues chart, #3 on the Billboard album chart, sold over 2 million copies and won a Grammy Award. The RIAA certified the album “double platinum” in 2000 and the custom award plaque is one of the most aesthetically beautiful RIAA awards ever made. Only a small handful were given out and, of course, it was never sold or made available to the public. Eric and B. B. gave me one. I want to use it to help raise some money for one of the most deserving progressives running anywhere in America, Rep. Patsy Keever, an intrepid Democrat taking on Wall Street shill Patrick McHenry– much the same way we used the Green Day signed guitar to raise $37,000 for Alan Grayson’s campaign a few weeks ago.

Another fighter for working families from North Carolina, Congressman Brad Miller, is supporting Patsy’s run. He told us that “The contrast between Patsy and Patrick McHenry couldn’t be greater. Patsy is a respected community leader, not a self-promoting political operative. Patsy has strong progressive instincts grounded in her understanding of what people’s lives are really like.” Patsy’s record as a representative of the North Carolina legislature showed she is a staunch believer in helping working families, standing up for civil rights and including everyone who wants to pitch in and work hard in the American dream.

I never talked with either Eric or B. B. about politics and don’t know where they stand on the issues… but they did cover Charlie “Hoss” Singleton’s classic “Help the Poor” on Riding With The King– and they’re both very decent, generous human beings so… I’ll just jump to the logical conclusion. To get a chance to wind up with this plaque on your wall, just contribute to Patsy’s campaign– any amount– at this ActBlue page. We’ll randomly select one person to thank by sending him or her the plaque.

Click over to Down with Tyranny for the full story.

And if you’re of a mind to help a great progressive fighter win a winnable seat and possibly win a Clapton-King collectable for yourself, just go here.