The unprincipled insiders did it again 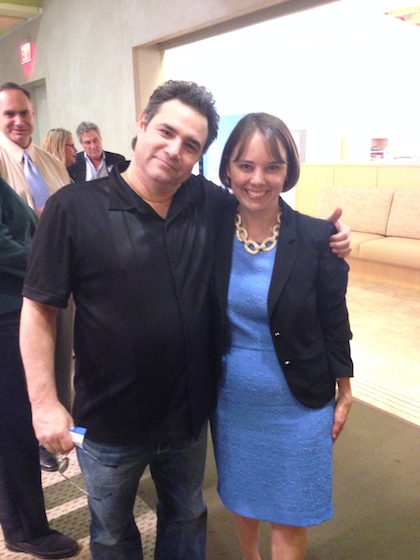 They say that no good deed goes unpunished and nothing illustrates the truth of that old trope more vividly that the Human Rights Campaign endorsing Maine Senator Susan Collins over her Democratic opponent, the stalwart defender of human rights and civil liberties, Shenna Bellows. It wasn’t the first time Republicans have been unjustly rewarded with endorsements from national liberal organizations, unfortunately. But there are few Republicans who have been more lauded by people for whom she has consistently done so little than the bucket of lukewarm water known as Susan Collins.

This endorsement was particularly galling. Shenna Bellows is not just another Democrat who supports marriage equality. She has devoted her life to expanding civil rights and civil liberties. In her capacity as the Director of the Maine ACLU she helped lead the way for marriage equality in Maine and was instrumental in getting the Maine Human Rights Act passed. It’s a truly bold piece of legislation, one of the strongest anti-discrimination laws in the country, which Bellows promises to bring to the national level. She has said:

The important thing we learned in Maine was to aim big and be persistent. Frankly, Congress could benefit from our example. The debate in Congress has focused for too long on weak versions of the Employment Non-Discrimination Act (ENDA), which only covers employment decisions and now has such a big religious-exemption loophole that many activists no longer support the bill. As Ian Thompson wrote for Slate in April, the loophole “opens the door for religiously affiliated organizations to engage in employment discrimination against LGBT people — for any reason.” That’s not the stuff big civil-rights advances are made of.

I’m proud to say we’ve done better in Maine, and I’ll do better in Washington. We need a national Human Rights Act along the lines of the Maine Human Rights Act. We need to outlaw discrimination in employment, housing, credit, public accommodations and educational opportunity on the basis of gender identity or sexual orientation — once and for all, nationwide, no exceptions. Sen. Al Franken has done good work on this issue, and I can’t wait to join him. The LGBT community isn’t alone in worrying that its Washington allies are aiming too low.

Many immigration-reform groups rightly wonder not only why Republicans won’t support them but why too many Democrats supported a weaker House bill in this Congress than the one they introduced when they were in the majority. We can’t fall victim to lower expectations or lesser ambitions, no matter who controls what branch of government. Good policy is good policy, and fighting the wrong legislative fights won’t get us where we need to be.

That’s the kind of leadership we need so desperately in Washington — leadership that understands that we are all in this together. If you agree, you can donate to Shenna Bellows’ campaign here.

You will not be surprised to learn that Senator Collins is all for that “religious exemption.” And her definition of courage is to wait until the nation has largely moved forward before she reluctantly leads from behind: it was only last week that she could summon the nerve to support marriage equality even in principle, much less to act to make it a reality.

As you can see from Shenna Bellows’ comments, her approach to basic human rights and liberties stems from her clear, strong set of principles. She doesn’t put her finger in the wind, she kicks up a storm and makes things happen. Maine would not have the strong protections and rights available to LGBT citizens that it has today if not for Shenna Bellows. Yet the thanks she gets from the National Human Rights Campaign is an endorsement for her opponent. With friends like these…

Shenna does have real friends, however. Shenna Bellows has been endorsed by all the national progressive netroots groups (with Blue America leading the way by being the very first to do so) and she raised more than Collins in the first quarter, which says something about her incumbent’s lack of support from anyone but beltway insiders and establishment courtiers. She is getting favorable press wherever she goes. In fact, Blue America has a donor who has offered a matching donation up to $1,000 on the basis of Bellows’ outstanding record on civil liberties. (Click here to help us match it!)

Shenna came out to Los Angeles last week to meet with some supporters and John, Howie and I were privileged to help host the event. It was a truly inspiring evening, and not just for us. Everyone there was terrifically impressed by her knowledge of the issues, her grasp of the politics and more than anything, her obvious passion and commitment to the principles we all share — and which are so often poorly articulated by our Democratic establishment politicians. Howie had the privilege of introducing her to the crowd and he said it best: “we believe Shenna Bellows is another Elizabeth Warren, a gifted, intelligent communicator with an uncanny ability to explain complicated issues to the American people.”

We committed that night to raise $2,000 more dollars for Shenna Bellows’ campaign. Our anonymous civil libertarian donor has already met half that goal for us if you will meet him halfway.

Please give what you can. Shenna is the progressive future and we desperately need such principled, passionate and committed leaders to start taking their place in the Democratic Party.

Thank you for all you do to make this world a better place.