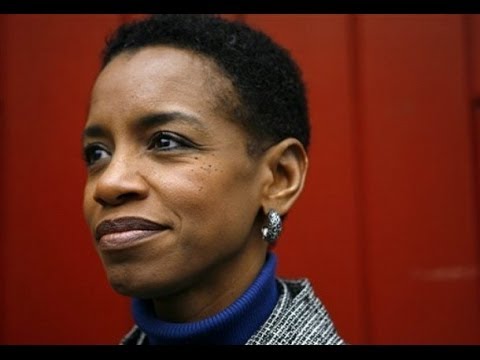 Following in the footsteps of Senator Barbara Boxer earlier this year, the Dean of Senate women, Barbara Mikulski of Maryland, announced this week that she will not run for re-election. For 38 years Senator Mikulski was a pathbreaker, having been “the first” in at so many things, perhaps most notably the first woman to chair the powerful Appropriations Committee. She has served her country well and will be missed.

Luckily, Maryland has a wonderful progressive congresswoman who would be the perfect candidate to carry on her legacy: Donna Edwards of the state’s 4th congressional district. She needs no introduction to those of you who have been around progressive Netroots for a while.

For those of you who might not have been with us back in the day, let’s just say that Donna isn’t just a hard-working public servant with great progressive record, although she is that. And she isn’t just brilliant on TV at articulating our philosophy with passion and skill, although she is that too. She is a giant slayer which she proved back in 2008 when she took down a powerful and corrupt Democratic party hack with a bold progressive message that impressed just about everybody who heard it. Her race was a template for the many Netroots primary races to come.

In fact, Donna was one of our first ever endorsees— for the 2006 race she very narrowly lost. Here’s Howie back in 2007, endorsing her for the re-match she won handily:

I have a dream. I don’t know how realistic it is, but it doesn’t seem completely crazy. My dream is that my country will elect a superb leader, one who is wise and sharp and compassionate and educated, who understands what America needs and works effectively towards those goals.
A few months ago I met Donna Edwards in Georgia. I had spoken to her many times on the phone but we had never met before. Of all the people I’ve talked to on behalf of Blue America, she’s the one who I am certain would best fulfill that dream.

And she has done just that. Donna has proven to be a stalwart progressive in the House with a perfect record on the issues. She has been a vocal leader and fighter for everything we care about. In fact, she has fulfilled Howie’s expectation in every respect.

That’s why we’d like to see Donna Edwards run for the Senate.

She has expressed no desire to do it at this point. And maybe she has other plans. But we’d like to try to persuade her to take up the challenge.

It would be a sad day indeed to see Barbara Mikulski’s seat go to anyone less worthy.

We have started a “Draft Donna” Act Blue page to tell her just how important we think it is that she consider this run. We want her to know that just as we were there for her all the way in her hard-fought primaries back on 06 and 08, we will be there for her this time as well.

Donna is the Netroots promise in living color. She talked the talk and we backed her. We stuck with her when she hit a snag and worked hard to get her over the line in her winning race. And she fulfilled her promises every step of the way.

Now we’d like her to consider taking the next logical step. Let’s let her know that if she does, we’ll be there for her once again.

Senator Donna Edwards. It has a nice ring to it don’t you think?