Let’s Paint The Senate With Stars– Starting With Alan Grayson 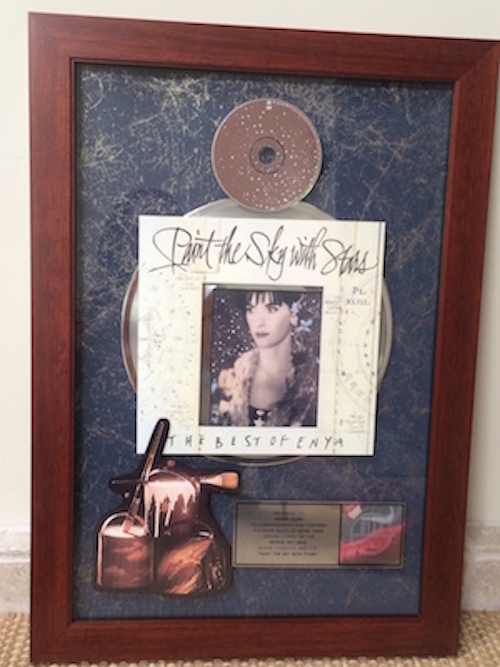 Late in 1997, Enya, one of the most enigmatic– and successful– artists on the record label I ran, delivered a new album, Paint The Sky With Stars, a greatest hits compilation with two previously unreleased songs. It was a Christmas smash that year, with over 12 million album sales worldwide, 4 million in the U.S. alone. Enya isn’t exactly a household name– but she’s sold far more albums than many artists who “seem” to be better known– 75 million worldwide and close to 27 million in the U.S. Four of her albums won Grammy awards and one of her songs was nominated for an Oscar. So how did you miss her? Her music is often compartmentalized by the “mainstream” as “New Age” or “women’s music” or even “healing music.” They play her songs in spas more often than on radio stations. All that said, Enya has built a unique and powerful musical and spiritual bond with her audience. All those millions of record buyers are grateful she is offering something other artists aren’t.

This week, in Blue America’s first giveaway of 2015, we’re offering a rare and collectible RIAA-certified platinum award for Paint The Sky With Stars to launch a Draft Alan Grayson effort.

Alan is the brilliant, sharp-tongued congressman from Orlando and Blue America wants him to run for the Florida Senate seat currently held by shiny, witless Republican Marco Rubio. The Democratic Establishment in Florida– and to some extent inside the Beltway– has been pushing lifelong Republican Patrick Murphy, a pathetic Wall Street shill with the 4th worst voting record of any Democrat in Congress. Murphy backs much of the toxic Republican agenda and has consistently voted with the Republicans against core Democratic values.

Elizabeth Warren doesn’t look like she’ll be taking on Hillary Clinton in 2016. But elevating energetic, innovative men and women like Donna Edwards, Russ Feingold and Alan Grayson into the Senate to serve with Warren will accomplish a great deal towards helping America achieve its lofty ideals.

Grayson will decide in the next several weeks whether to run or not. It isn’t a decision he’s taking lightly. And it’s likely to be a race that costs as much as $30 million! Murphy will have Wall Street fully behind him. Please let’s show Alan Grayson that we appreciate what he’s done in the House and want to see him doing even more in the Senate.

Anyone who contributes to his campaign this week on this Draft Alan Grayson page will be eligible to receive the rare, beautiful platinum Enya award– something that cannot be bought in a store for any amount of money. And, for the sake of the prize, it doesn’t matter if you contribute $10 or $1,000; everyone has an equal chance to walk off with the Enya plaque. One random winner will be chosen Monday, April 20th.

One thing the Senate does not need is more values-free, cowardly careerists like Murphy. Alan Grayson in the U.S. Senate… imagine how the evening news broadcasts will change!