Walls, Walls Between Us, and a Chance for Steely Dan History 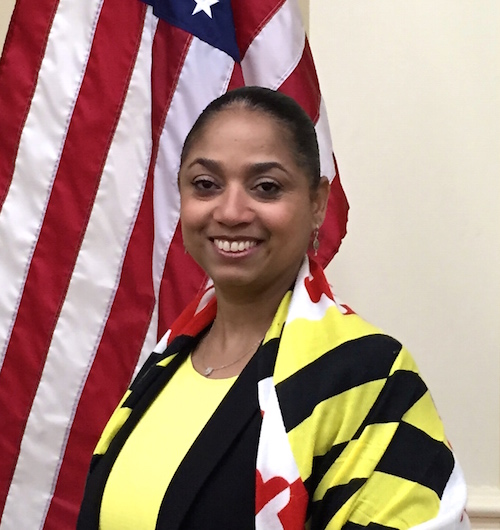 Walls. Wasn’t the Republican hero Ronald Reagan famous for tearing down walls?  Now, another famous Republican would like to build his version of the Great Wall of China on America’s southern border. Competing for the spotlight and citing “legitimate concerns” about security at the Canadian border, Wisconsin’s Scott Walker, before cutting and running, said he’d consider another wall up north. The Atlantic and Pacific Oceans are not walls, but you could place them into the category of “giant moats.”  They provide us with distance from the conflicts in Europe and Asia, a kind of “free security” courtesy of geography and plate tectonics.

Continents drift, collide and pile up against each other and make their own walls; and we give them names. Once Denali, then Mount McKinley, and then back to Denali– to name just one artifact of continental collision in the news recently. People drift too, though a bit faster. They are fleeing wars, violent drug cartels, crushing poverty, radical and murderous extremists, intolerance and oppression. The drifting people are also given names; refugees, undocumented immigrants, migrants, illegals, aliens and wetbacks. Some Republicans would call them rapists, criminals and anchor babies.

What does it mean to progressives that Mr. Trump leads the Republican field? I expect that we are not surprised that many Republicans identify with his divisive and hate-filled message. What should surprise and alarm us is that 39% of voters today identify as Independents, up from 30% in 2004 according to the Pew Research Center.  Although 48% of those Independents lean Democratic and 39% of the Independents lean Republican, the overall increase in the number of Independents means that progressives and Democrats must do a much better job in helping the average voter to see compelling differences between Republicans and Democrats.

Is there something we can learn about America from the refugee and migrant crisis gripping Europe, Africa and the Middle East? The first lesson might be that it takes extraordinary circumstances for people to uproot and leave the familiar to travel hundreds of miles across deserts and open seas. How many people do you know who would willingly pay their last dollars to a Mexican “coyote” to be jammed into the back of a truck or a Libyan smuggler to board a crowded inflatable raft to cross the Mediterranean Sea?

The second lesson is that however tranquil and orderly America appears on most days, fear and deep resentment boil beneath the surface. Mr. Trump knows this. His immigrant attacks have adroitly tapped into a receptive audience. Progressives see another pot boiling when we look at street protests in Ferguson and riots in Baltimore. That is a different pot of poor people, largely African American, who don’t see a place set for them at the American table.

Progressives should worry that people struggling for a small slice of the American pie know instinctively that the Democrats care for them more than a party obsessed with keeping taxes low for America’s top 1%. But they doubt the Democrats can actually deliver with a job and the other things they need. Many who we think should be Democrats believe that Republicans have the skill to manage government and create growth and opportunities.

Progressives have heart and progressive ideas are smart. We know it, but we’ll only win when we convince Independents that progressives care about them, we’re not in the pocket of big business, we know how to govern better, and that our ideas make sense and will get working families ahead.

Joseline Peña-Melnyk is a progressive with heart and smarts. She’s the true progressive running for Maryland’s 4th congressional dstrict to replace Donna Edwards. Born in the Caribbean and fluent in Spanish, she is equally at home with the district’s growing Latino population and its longstanding African American majority. She preaches unity, not division.

She’s a doer. As a former prosecutor and defense lawyer, Joseline saw that minorities are over-represented in prison. Thanks to her, a new Maryland law taking effect soon will help remove bias by requiring police line-up administrators to be ‘blind’– that is, the administrator will not know the identity of the suspect or, if he knows the identity of the suspect, the administrator should not know which line-up member is being viewed by the eyewitness. Research shows that in lineups today eyewitnesses often take cues from the line-up administrator and feel pressure to make a selection. The result of her law should be fewer wrongful convictions and more confidence in the justice system.

Progressives can be practical too. Joseline led Maryland into the adoption of digital medical records. With doctors sharing a database of patient information there are fewer mistakes, fewer duplicative tests, and less unnecessary expensive care. When a constituent came to her with a family tragedy– the suicide of a teenage daughter, Joseline was the motivator behind “Lauryn’s Law” to ensure that school counselors have training in recognizing teen suicide risk factors.

Immigrant students with limited English language skills were failing in Maryland schools. Only 55% percent of these students graduate high school, as compared to 77% of the general population. Joseline worked closely with the schools administrations to establish two new high school programs funded in part with $3 million in seed money from a Carnegie Corporation grant to target this achievement gap. She did it because we all win if the next generation is prepared to take their place in our society.

In Congress Joseline will continue pushing smart progressive ideas. She’ll support creating jobs by rebuilding the nation’s failing roads, bridges and sewer and water systems; she’ll keep fighting for affordable education; and she’ll keep protecting the civil rights of the people on the margins and working to get them a bigger piece of the pie. 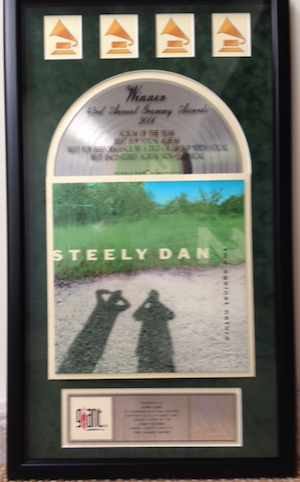 Please help get Joseline Peña-Melnyk in Congress where she belongs through your Blue America contribution and maybe you’ll luck out and win a very special and very rare Steely Dan platinum album award as a bonus. Rolling Stone has called Steely Dan– Walter Becker and Donald Fagen– “the perfect musical antiheroes for the Seventies.”  Maybe that’s like Reagan being the anti-hero to Trump. I don’t know, but Steely Dan is a complex blend of jazz and rock that is simultaneously intellectually challenging and spiritually, emotionally and physically uplifting. The band sold more than 40 million albums worldwide and were inducted into the Rock and Roll Hall of Fame in 2001. The particular platinum record we’ll be giving away to one lucky randomly-selected contributor is a super rare collector’s edition for Two Against Nature that commemorates RIAA platinum sales certification (1,000,000 albums) and 4 Grammy Awards in 2001– including Album of the Year. Only a few were made for the band and their associates. This particular one was awarded to Blue America co-founder Howie Klein, then president of Reprise Record, now a devoted Joseline supporter. You can help her win a crowded primary and take a chance on a memorable piece of music history.

The “contest rules” are simple. Just contribute any amount to Joseline Peña-Melnyk’s campaign on this page. We’re not Republicans so the winner isn’t the person who contributes the most. Any amount goes. In fact, if you don’t have any cash to spare at the moment and want a chance to win anyway, just send us a post card to Blue America, PO Box 27201, Los Angeles, CA 90027 and you’ll have the same chance as anyone else. But do it quickly. The contest is over next Sunday night at 11:59 pm, Pacific Time.