The GOP Would Rather Fight Science Than Climate Change 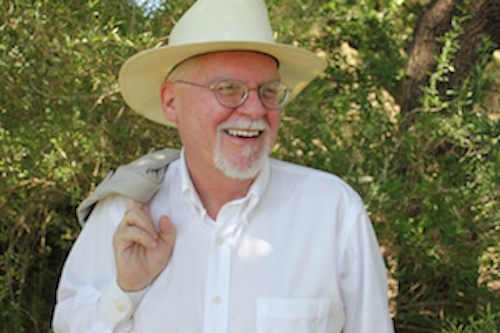 One ominous development we’ve been watching with alarm this cycle is the DCCC’s systematic discounting of the public’s preference in primaries. It seems that every time a progressive wins, the DCCC decides the district is not winnable and they immediately abandon the district.

Steve Israel and Ben Ray Lujan have mandated this in every part of the country, from Long Island and the Philly suburbs, up to Wisconsin’s north woods and down to Texas’ Austin-San Antonio corridor. Today we want to introduce you to Tom Wakely, a progressive Democrat who backed Bernie in the primary and has rallied around Hillary for the general election.

His primary victory over a self-described conservative Democrat was substantial and decisive– 59-41%. But the DCCC has an odd definition of “party unity” and has never so much as returned a call from Tom. TX-21 includes deep blue downtown Austin and traditionally Republican suburbs of that city and San Antonio that have turned away from Trump. These voters aren’t happy about the incumbent– Science Committee chairman Lamar Smith– and his enthusiastic backing for Trump, and his pig-headed denial of Science in regard to both Climate Change and the Zika virus outbreak, two absolutely crucial areas that Lamar’s Science Committee has refused to act on.

But never mind that. And never mind that TX-21 is ripe to flip from red to blue, a supposed “goal” the DCCC and DNC keep dangling under the noses of Democratic donors. They’re acting as though Lamar Smith has no opponent this cycle, instead of acknowledging the primary winner and one of the most vibrant grassroots campaigns anywhere in America.

Maybe they feel Wakely’s progressive message is too strong for Texas– although Texas Democrats found it just right. “As a labor organizer,” Tom told us, “I was able to see progressivism as the necessary philosophy to extend our nation’s promise to all of our citizens. As a former minister, I’ve always seen progressivism as a moral imperative. And as someone who has studied religious texts, I can’t for the life of me find anything that grants humanity the ability to trash its only home without repercussions. With our government already relocating climate refugees from coastal Louisiana and Alaska, we cannot afford a Congress which turns two blind eyes to reality and objectivity.”

That’s a message that works in Austin and in San Antonio, even if it frightens Steve Israel and Ben Ray Lujan. Tom is promising to work to ban fracking:

“There is no middle man fuel if we’re pumping any amount of excess carbon into our atmosphere. Banning fracking is essential in keeping drought-prone places (like in my home state of Texas) free from predatory corporations who cannot adequately return even a fraction of the water used back to our environment. While we’ve made progress, we can do so much more. While I’ve never and will never pretend to be an expert in climate science, I have listened to countless experts and scientists who all seem to be in agreement that we must act now. I’ve worked with Methodist Earthkeepers, who define themselves as missionaries of God’s creation, to further cement in my promise to my constituents a moral imperative to leaving a better planet for generations to come. My guiding principle, and our campaign’s motto, is that we must take care of each other. There’s no better fight that exemplifies this creed than our fight to protect our planet. When I’m in Congress, you can count on me to always think of you.”

His criticism of the seemingly unaccountable Lamar Smith is straight-forward and well-deserved:

My opponent, Lamar Smith, endorsed Trump this May and suggested that we could all become “enthusiastic” backers of the most unstable nominee either major party has ever seen. Trump’s climate adviser claims the jury is still out on climate change. Trump himself sees climate change as a hoax perpetrated by the Chinese in order to harm American manufacturing. Congressman Smith has quickly become one of the most discussed House science chairs in recent memory for all the wrong reasons.

He’s subpoenaed multiple climate groups and 17 attorneys general who are only looking into the mere possibility that the then Exxon lied to its shareholders and the public.

Lamar Smith is proud of this regressive activist committee he’s built, which has Republicans clamoring to join for the sole purpose of political and capital gains. He’s taken our last bastion of objectivity and turned it upside down. It should be considered a national disgrace. Our people should be angrier, but they’re only just beginning to scratch the surface of a man who’s managed to walk unscathed through the halls of the Capitol for nearly three decades.

This is a new Blue America ActBlue page we created to highlight progressives who have won their primaries and are being undercut– rather than helped– by a DCCC hostile to a progressive vision. We hope you’ll consider carefully the progressives, like Tom Wakely listed there, and give what you can.