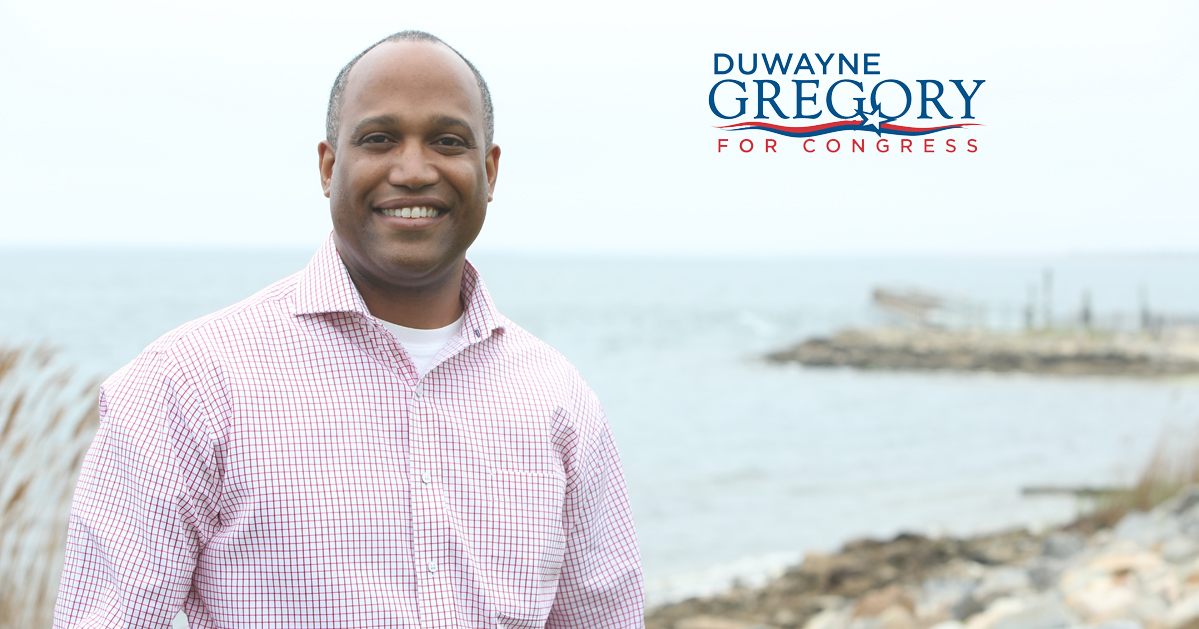 Republican Peter King has been in Congress since 1993 and his Democratic neighbor and crony, Blue Dog Steve Israel, has seen to it that he would have no serious challenges from the DCCC. With Israel himself finally retiring, there were hopes that the DCCC would finally take on King, an outspoken Trump supporter. The Democrats have their best candidate for the seat in living memory, DuWayne Gregory, the respected and well-liked presiding officer of the Suffolk County legislature.

The Long Island South Shore district has moved significantly east into blue Suffolk County and is no longer safe Nassau territory for Republicans. In fact two-thirds of the voters now live in Suffolk– and many of them don’t know very much about Peter King. There was every expectation that once DuWayne Gregory became the official Democratic Party’s candidate the DCCC would come in and help him get the message out about who King is. After all, Obama won the district twice, 51-48% against McCain and 52-47% against Romney. And the district– the most Hispanic on Long Island– is bluer now than it was then.

In 2014 Democrat Kirsten Gillibrand won both counties with gigantic landslide margins and this cycle Chuck Schumer’s reelection campaign is expected to do just as well. It looks like Hillary will beat Trump very substantially in the New York suburbs, Nassau and Suffolk counties included. More Democrats than Republicans voted in the presidential primaries and polling shows enthusiasm for Trump since the primaries has all but evaporated. But Steve Israel has persuaded the DCCC to once again take a hands-off policy towards his old pal Peter King.

Needless to say, he hasn’t persuaded Blue America and we’ve endorsed DuWayne Gregory with great enthusiasm and urge all of our members to consider contributing to his strong grassroots campaign here.

Friday we spent some time talking with DuWayne and I want to share some of his unvarnished thoughts with you:

“Ever since I announced my run for Congress people have asked me why do you want to run and why do you think you can beat Peter King? The answer for me was simple for two reasons. First, I strongly believe we need new leadership in Washington. Secondly, the decision to run, specifically, against Peter King was a personal decision for me. I take the responsibility of holding public office seriously. It is an awesome responsibility to have the ability to have a positive impact on people’s lives. I also believe because of the oath of office we take we represent all residents of our district and not just the ones who voted for us or who we personally agree with. Peter King has violated this rule, in my opinion. I don’t begrudge anyone with a more conservative set of principles than myself, but I do begrudge abhorrent values.

“My decision to run was due in large part because of my son Julian, who is gay. When district lines changed I took it upon myself to research my Congressman’s voting record on LGBT issues and was astonished at how narrowed minded his voting history has been: he voted against gay couples adopting children in Washington DC; supported a constitutional amendment defining marriage as between a woman and a man; voted against expanding hate crimes to cover LGBT victims; voted against protecting LGBT members from being discriminated at work etc. As a LGBT parent Peter King does not understand the fear that a parent has, because of the same bigotry that is displayed with a voting record like his. I will never forget the day my son Julian came out to me while we were going to get ice cream. He was 12 years old! I immediately told him that I loved him and want him to be happy, but in my mind I was worried about how less accepting people will respond. People like Peter King who wrongly think gays make a choice regarding their sexual orientation. People like the shooter in the Orlando club massacre where my son was just two weeks prior.

“So I made a choice that our country and my Congressional district needs new leadership and one less voice against equality in America. We deserve to have a representative that will work to protect my son just as fervently as all other children without bigotry or hate. It is Peter King’s job to work to protect all people from harm and discrimination regardless of religious or personal beliefs. As an African-American I know hate all to well and to think my protection and safety would be sacrificed by an elected official because that person didn’t approve I find appalling and dereliction of duty. The oath that public officials take does not ask them to protect only certain segments of the country, the one’s they agree with, but all citizens of our country.”

It’s time for grassroots Democrats to take our fate into our own hands and stop allowing corrupt party bosses like Steve Israel and the jokers at the DCCC determine who does and who doesn’t get into Congress. Voters on Long Island need to know that Peter King has endorsed and fully backs his pal Trump. If the DCCC won’t help DuWayne Gregory get that message out– and the message about who DuWayne is himself and what he wants to accomplish in Congress– let’s do it ourselves. It’s worked in the past and it can work this time as well. Please consider contributing what you can to DuWayne’s campaign here.