Why It’s Not All Gloom And Doom Around Here 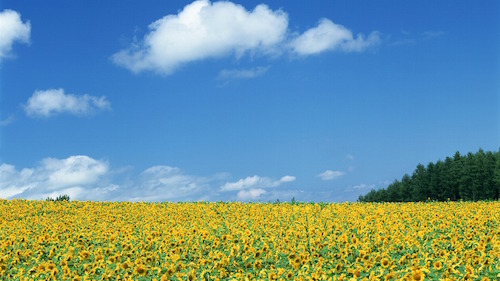 A few years ago Blue America’s list of endorsed candidates had the biggest success rate of any PAC recruiting and endorsing candidates. We beat NARAL, the Sierra Club, the Human Rights Campaign and the League of Conservation Voters that year– not to mention the NRA and Club for Growth. I laughed when I read the stats. Blue America isn’t about picking candidates who will make the PAC look good. Blue America is about endorsing and working with the candidates– like unlikely winners Donna Edwards, Alan Grayson and Elizabeth Warren– who will fight for the legitimate aspirations of working families.

Last year, for example, we worked hard to elect Eloise Reyes to Congress in the Inland Empire. The DCCC had their own candidate, corrupt conservative Pete Aguilar. Aguilar won– and promptly joined the New Dems and ran up one of the worst voting records of any Democrat in Congress. ProgressivePunch– whose CEO argued with me when I told him how terrible Aguilar would be before the election– gave him an “F” this year and, according to their algorithm, shows his crucial vote score for his one term to be less progressive than all but 10 Democrats, 2 of whom (reactionary Blue Dogs Gwen Graham and Brad Ashford) are leaving Congress in January.

Meanwhile, Eloise took stock of her loss, learned the appropriate lessons from it and one week ago absolutely clobbered one of the most corrupt conservative Democrats in the California state legislature, Chevron Cheryl Brown, beating her decisively and spectacularly catapulting herself into a position where she can do a lot of good for the working families she represents (who Brown had ignored). We count that as a big Blue America win, even though it isn’t something you’ll read about in the Washington Post or NY Times or hear about on MSNBC.

Eventually, all the progressive groups came around and endorsed state Senator Pramila Jayapal for an open seat in Seattle and we all worked to raise her the money she would need to win a tough primary and then the general election. Blue America was the first to endorse, and encourage her compelling leadership style, and emphasize it to other national progressives, some of whom whined about how it was “unfair” to take sides because the other candidates were good too. Last week Pramila made history, as the first America with South Asian roots to win a congressional seat.

When Nanette Barragán, a small town mayor and environmental activist, decided to take on the entire stinking California Democratic Party establishment by challenging their handpicked conservaDem candidate to fill a deep blue seat in one of Los Angeles’ poorest congressional districts, Digby, John and I invited her to dinner, got to know her and Blue America became one of the first national PACs to endorse her and help make her case and raise her the money she needed to beat the “impossible” odds she faced in beating the establishment– impossible odds she overcame to win a jaw-dropping victory last week.

Blue America didn’t look for candidates who were likely to win; we looked for candidates who had a reasonable chance to win– with help– but who would likely be great legislators. We look forward to seeing Ruben Kihuen (NV), Jamie Raskin (MD), Carol Shea-Porter (NH)– along with Nanette– and possibly Doug Applegate (ballots in his tight race against arch-villain Darrell Issa are still being counted today) take eventual leadership roles in a House Democratic minority that sorely lacks cohesive and inspiring leaders.

And this was a good year for Blue America in terms of helping build a progressive, activist Democratic bench on the state legislative level. Aside from Eloise, we helped elect Marcia Ranglin-Vassell and Mike Connolly, both of whom beat powerful, entrenched corrupt Democrats to win seats, respectively in Rhode Island and Massachusetts. Stanley Chang– like Eloise, a 2014 Blue America congressional candidate– came roaring back this year and beat the last remaining Republican in the Hawaii Senate– and in the reddest district in Hawaii! Justin Bamberg, our Berniecrat candidate in South Carolina, was reelected and Wenona Benally, another 2014 congressional candidate, introduced to us by Raul Grijalva, won a hard-fought Arizona congressional seat last week. And our Berniecrat legislator in Colorado, Joe Salazar, not only won his state House seat but was already leading the Denver mass anti-Trump protests this weekend.

But before we say thanks for helping make this possible with your generous contributions, I want to point to one more victory– an old one. When Sheldon Adelson suddenly struck in 2014 in the open CA-33 seat, pouring hundreds of thousands of dollars into a last minute sneak attack, then-candidate Ted Lieu went to Steve Israel at the DCCC for help in responding. Israel flat out refused– not one dime, not one nickel to answer Adelson’s half million dollar SuperPAC. So Blue America did it instead. Ted won, was elected congressional freshman class president, has been one of the most outspoken and successful bipartisan advocates on a series of crucial issues, from cyber-security to peace and climate change, and this weekend was in the news again, standing up against Trump’s “crazy shit”, urging concerned Americans to follow him in becoming a supporter of the ACLU, while other congressional Democrats just cower in fear or plot personal career advancement. Ted Lieu– one of Blue America’s best ever investments!

So, from the bottom of our hearts, we want to thank the mind-boggling generosity of the Blue America members who gave– and then gave again and again— and helped progressive champions get into office where they are needed more than ever. And, fyi, right now we’re busier than ever recruiting progressive candidates to run for what could be a really good 2018 cycle.