How To Defeat Steve King– Make Sure Kim Weaver Beats Him 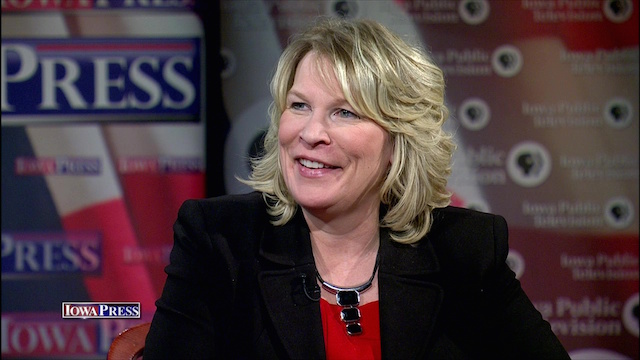 Maybe you got an email filled with outrage over Steve King’s latest racist statement this week. The DCCC sent one out, asking for contributions. There’s a problem with that though. Steve King isn’t just some loud-mouthed crackpot and bigot; he’s an actual congressman from western Iowa. And, the DCCC won’t use the contributions they solicit to beat Republican Steve King. They’ll waste the contributions trying to elect even more Blue Dog and New Dem garbage-crats like Josh Gottheimer (NJ) and Tom O’Halleran (AZ), on whom they spent $3.5 million and $2.6 million, respectively.

Last year there was a progressive Democrat running against Steve King, the O’Brien County Democratic Party chairwoman, Kim Weaver. The DCCC collected a lot of money by sending out e-mails telling Democrats how horrible Steve King is then, too. How much of the money collected for IA-04 did the DCCC give Kim? ZERO. They did absolutely nothing to help her at all.

The thing is, even without any help from the DCCC, Kim earned more votes than Hillary Clinton in every single county in IA-04– all 39 of them– and even won the biggest county in the district! It’s worth noting here that Kim out-performed Chuck Schumer’s handpicked corporate conservative Senate candidate, Patty Judge, in all 39 counties as well.

This year Kim is taking on King again. And what is the DCCC doing? You probably guessed it– sending out more letters demonizing King and collecting cash to use to elect more conservaDems while offering nothing at all to Kim Weaver. We’re sick of it.

Blue America endorsed Kim this week and we’re asking our members to contribute directly to her campaign.

Kim told us that “the most disappointing aspect of the campaign was being told time and again that although I was a ‘great candidate,’ various organizations declined to support me because I wasn’t ‘viable.’ Most organizations didn’t even respond to my applications for assistance. Additionally, whenever my opponent would say some new horrific thing, I would get emails after emails from organizations asking for money to ‘help defeat Steve King.’ Not a single one of those organizations passed along any of that support. King was a big money maker for them, and it appears that he still is.”

The DCCC doesn’t want to understand that it takes real effort and investment over time to defeat entrenched incumbents like King. It’s beyond their scope of endeavor, which is why the House Democrats have hemorrhaged dozens and dozens of members since Rahm Emanuel set his reactionary strategic and tactical ideas into stone.

And how do we know how candidates– like Kim Weaver, for example, are going to be once they get into Congress? One way is to watch closely what they say when they campaign. In explaining the difference between how she and Steve King approach government expenditures– which, is, after all, one of the most important things a Member of Congress does, Kim stated that “in supporting a budget that will drastically reduce funding for programs like Meals on Wheels and funding for school lunches, Steve King is once again showing how out of touch he is with the people of Iowa. As an advocate for seniors, I know personally how vital Meals on Wheels is to the seniors who make up a large portion of this district. And cutting funding for school lunches? Someone needs to remind Rep. King that he represents a district where one out of every four children rely on that assistance just to eat every day. Standing up for those most vulnerable in our society is a part of who we are as Americans.”

The difference couldn’t be any clearer. Since the DCCC isn’t, please consider giving what you can to help Kim get her message out to voters in IA-04.