We Are Replacing Ryan This Cycle 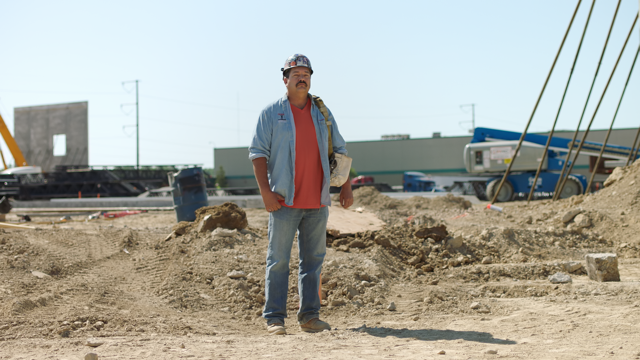 This is an important week for the resistance. As you know, Tuesday is Election Day in GA-06, where a victory for Democrat Jon Ossoff will signal—- in the mass media— the beginning of the end for the Trump agenda.

If Ossoff wins in this “safe” deep red Georgia suburban district, Republican congressmen are likely to abandon Trump and Ryan with increasing impunity, jeopardizing passage of a generally hated series of legislative proposals that would mark the biggest transfer of wealth from the bottom to the top in American history. At this point, Ossoff is ahead. At this point, he doesn’t need any more money but your prayers and good thoughts are welcome— and if you know anyone in the area, a last minute phone call can do wonders.

But wait- please don’t put your wallet away just yet.

On the day before GA-06 ‘upgrades’ their representative, something really big is happening in Wisconsin. ‘Woke’ iron worker and union activist Randy Bryce, (@IronStache on Twitter) is officially declaring his candidacy for our country’s most important race this cycle:

WI-01 in southeast Wisconsin. That’s the swing district seat for which Paul Ryan has been granted an annual ‘free pass to reelection’ by the DCCC. That ends tomorrow— regardless of the DCCC and their bullshit.

Lucky for us, under Trump and Ryan no Republican is safe—- especially not in a swing district Obama won in his first time out. Recent polling shows that 51% of the voters in the district think it’s time for a change in representation. We suspect it’s even higher outside of WI-01. That’s why we’re helping Randy raise the funds he’ll need to reach every voter in the district to discuss the impact that ‘Lyin’ Ryan’s Austerity Plan has on constituents’ daily lives. It’s time to make Paul Ryan accountable for the direction he’s taken the Republican Party.

Hillary was the wrong candidate with the wrong message for this very blue collar district. Trump beat her by 10 points. Bernie won WI-01—- by a lot. And Randy, an elected Bernie convention delegate, is exactly the right candidate with the right message. He can make history—- regardless of what kind of shady deal Nancy Pelosi has cut, or the DCCC’s determination to ignore Wisconsin and allow Ryan another free pass.

A couple of days ago, Randy told us that “with Trump elected, what took place in Wisconsin [the Scott Walker era] has now been exported to the federal level. The people of Wisconsin have already seen how a single election can completely change an entire state. Americans are now seeing on a grand level what we saw on a smaller one. Gerrymandering and voter suppression are keeping people with bad ideas in office. Representatives are choosing their voters instead of the way it should be– us choosing them. The glowing, fiery eye of Mordor has been relocated from Madison, Wisconsin to Washington D.C.”

It’s been ugly (ugly being a kind word).

Aside from the years spent in the U.S. Army, I’ve spent my entire life in southeastern Wisconsin. When Paul Ryan was first elected, even though we disagreed on just about every topic, he at least could be found. He came across as kind of a nice guy.

Then he came up with some horrible idea that we referred to as “Ryan Coupon Care.” He talked about “Takers vs. Makers.” He called African American males “lazy.” Something happened to Paul Ryan that was not good. He completely changed (aside from having the same bad ideas).

He forced his way into a soup kitchen for a photo op and began washing clean dishes. He refused to discuss jobs during a Labor Day parade.

He did however, get to be really talented in a few areas.

He could raise some serious cash. Lately, he has attended over 50 fund raisers raking in all kinds of cash. In that time, he has not held one town hall. He’s been so brazen about ignoring the constituency that news outlets cite “Breaking News” when he is seen in the area.

…We have so many opportunities ahead of us if we only refuse to give in to the fear that is being thrust onto us with the sole purpose of division.

All that working people want is to be heard. We want decisions made that will help us grow into better people. That doesn’t happen when we look for a scapegoat.

It doesn’t take a law degree or doctorate to be able to listen.

This country is already great. It is filled with great people of every shape and shade of humanity. The United States has more than enough for all of us. I don’t have a problem with rich or poor people. I have a problem with greedy people. All that we need to do is to realize that when we light someone else’s torch with our own, our torch doesn’t lose it’s light. It’s makes things brighter for all of us.

Paul Ryan exemplifies what is wrong with our Federal Government.

It’s well past time to repeal and replace the problem.

It’s time to have someone who WANTS to hear concerns and be part of the solution making decisions for us.

Our campaign is a joint effort that will be made up of all kinds of people from all walks of life who want to put the “united” back into “United States.”

Blue America has already. We officially endorsed Randy Bryce for Congress today and we hope you’ll help us raise the money he needs for his campaign. It’s going to be a long haul, but Randy is a fighter, and the team he’s been meticulously putting together for the last several months are up for the challenge. Please consider contributing what you can here.