Is 2018 The Year We Break The GOP Strangle-Hold On Texas? 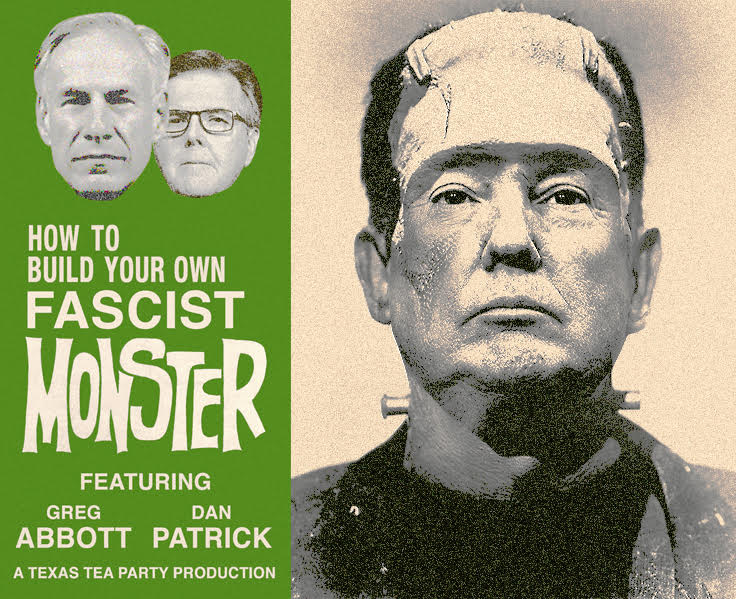 Over the years, Democrats let Texas slip away. When Democrats were firmly committed to representing the legitimate aspirations and interests of working families, Texas was part of their coalition.

There are Texans today– like gubernatorial candidate Tom Wakely, Senate candidate Beto O’Rourke and half a dozen outspoken progressives running for Congress who you could call modern day “New Deal Democrats” …and they aren’t having any of the “DC Dem” bull-pucky.

Saturday, Mark Jones, a political science fellow at the James A. Baker III Institute for Public Policy, and Joseph Jamail, chair in Latin American Studies at Rice University, penned an OpEd for The Hill, “Texas Democrats smell blood in the water for 2018.” Like every Texas Democratic candidate I’ve ever talked to, they bring up that Texas is less a red state than a “no vote state.”

“in non-presidential years, the Texas Democratic Primary tends to be a low-key affair, with statewide turnout involving only around 3 percent of the voting age population.

Contested Democratic congressional primaries tend to be scarcer than grass around a trough, with a plethora of safe Democratic incumbents and a paucity of seats in play.” But they sense that that’s not going to be the case next year. They’re especially high on the prospect of Democrats taking back TX-07, TX-32 and TX-23.

In 2018 that is changing, as a talented group of high-quality Democratic candidates are coming out of the woodwork to run for Congress across the Lone Star State. And, if Democrats are to have any hope of taking back control of the U.S. House next year, they will have to flip at least a couple of Texas seats presently held by Republicans.

Tom Wakely told us that his campaign for governor will focus on 4 main issues:

1- Income inequality. I will fight for a raise in the state minimum wage to $15 an hour along with repealing Texas’s right-to-work laws. I also want to scrap the Texas business franchise tax system in favor of a Business Income Tax. It’s way past time for Texas’ largest corporations like IBM, Wal-Mart, ATT, Toyota, Dell Computer and Exxon, to start paying their fair share of taxes.

3- Gun Violence Prevention programs. I will fight to ban the sale and possession of military-style weapons like the AK-47 and AR-15 in Texas. I will fight to repeal our state’s open-carry laws. I also support limiting the number of handguns and long guns that a person can lawfully own. In addition, we should require background checks at gun shows.

4- Global Warming. Through policies and practices like instituting a carbon fee on the burning of carbon-based fuels (coal, oil, gas), the carbon fee is at the core of my policy to reduce and eventually eliminate the use of fossil fuels whose combustion is destabilizing and destroying our climate. I will fight to ban fracking and flaring in Texas. I will work to see that scrubbers are installed on all cement factory smokehouses. These are all meaningful steps to mitigating the harmful effects of global warming.”

Lillian Salerno, formerly Obama’s deputy undersecretary of rural development for the Department of Agriculture, is running for a north Dallas Metro seat occupied by Trump rubber stamp Pete Sessions. She told us that since Trump’s election “much has been made of his rural, heartland voters, and how politicians can better serve them, with most discussion centering on international trade and globalization. But there is another political and economic disaster crushing the heartland– one politicians could solve now, if they chose to:

For decades, rural America has been punished by bad policy that places too much power in the hands of distant financiers and middlemen through the formation of monopolies, which undermines small, local businesses and drains communities of resources… Corporate concentration has hit farmers, ranchers and agricultural workers especially hard. Many markets are entirely monopolized by a single company that dictates the terms of business to suppliers… It is a myth that the economic challenges that rural and small-town America face are caused by forces largely outside our control, like globalization or improvements in technology. We have the ability to help restore competition and economic vibrancy in rural America and beyond. The government has the authority to ensure markets are once again open and competitive so that communities have a chance to shape their own economic destinies.”

Derrick Crowe is running in TX-21 in an effort to unseat the criminally ANTI-Science Chair of the House SCIENCE committee, Lamar Smith:

“At my core, I’m an organizer and an activist for nonviolent social change. I believe that we’re in a revolutionary time in the U.S., and that playing it safe could mean losing our democracy. We’re running a different type of campaign here in Texas 21, one that stands shoulder-to-shoulder with working people who are literally fighting for their lives under Trump and the GOP Congress.”

The kind of economic populism Tom, Derrick and Lillian are campaigning about is a clear path to victory for enhancing a blue wave in Texas. It would be nice if the DCCC and the Texas Democratic Party would catch on, but that’s not likely. This cycle– thanks to Republican overreach and Trump’s abnormality– we can do it without them.

Turning Texas blue is going to take more than one cycle; let’s roll up our sleeves and get started.