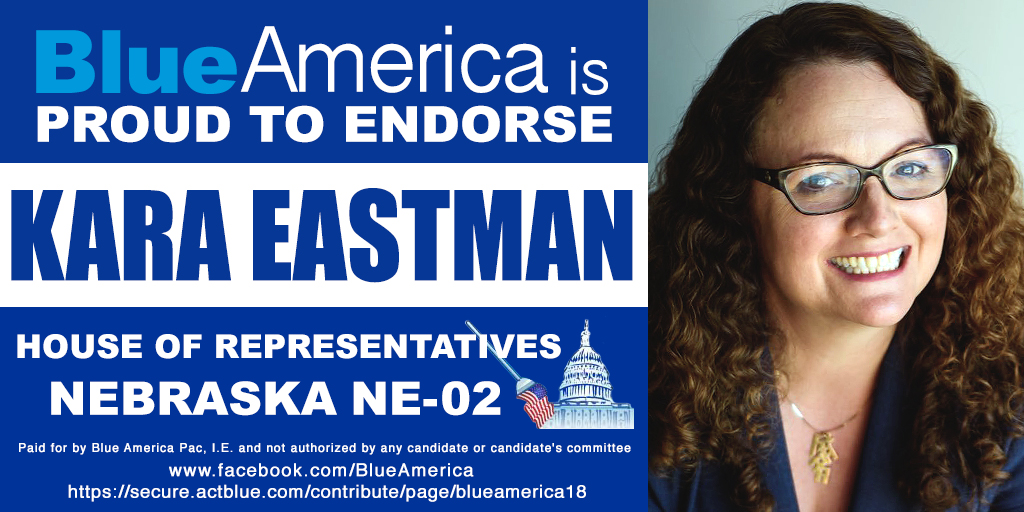 Last Tuesday, one of the biggest, most exciting and meaningful victories for progressives was Kara Eastman’s win in the Nebraska Democratic primary. She beat Blue Dog and DCCC endorsee Brad Ashford 20,239 (51.43%) to 19,113 (48.57%). ​

It was another case of local Democrats slapping down the DCCC for their pig-headed interference in a local primary. The DCCC attempted to gaslight the district– that voted overwhelmingly for Bernie in 2016– telling them they needed to nominate a proven reactionary, “ex”-Republican instead of a woman who ran on many of the same issues that made Bernie so attractive to local, 2nd District Democrats.

With the help of the DCCC, Ashford raised $558,946 and spent $397,194, while Kara raised $355,887 and spent $284,880. Ashford was endorsed by anyone from the Republican wing of the Democratic Party​ the DCCC could round up– not just the Blue Dogs but the New Dems, Gabby Giffords, the labor unions that do whatever the DCCC tells them and, of course ambitious Blue Dog/New Dem Adam Schiff, who has been traveling around the country using his new-found celebrity to help right-of-center candidates like himself undermine progressive candidates like Kara.

Kara had the support of Blue America and of other progressive forces independent of the Democratic Party establishment, from the Nebraska Unity PAC and Nebraska Grassroots Progressives and the Working Families Party to Climate Hawks Vote, the PCCC, VoteProChoice, local independent-minded unions like the Plasterers and Cement Masons, the Insulators and the Sheet Metal Air Rail and Transportation union, as well as local political leaders like state Senators Tony Vargas and Justin Wayne and Omaha City Council president Ben Gray.

As soon as Kara’s victory over Ashford was official, the DCCC removed him from their Red-to-Blue page. But instead of replacing him with Kara, they took NE-02 entirely off their radar.

One of the country’s most flippable districts suddenly no longer existed! What happened to Pelosi’s spiel about unity? Is it only the unity of progressives backing successful conservative Democrats but not unity when progressives win? Is that unity? And what happened to Pelosi’s spiel about how ‘we all win when women win?’ Instead we hear Pelosi thundering about how ‘the DCCC won’t help party nominees unless the conservative establishment backed them.’

When we endorsed her campaign last February, she told us that

over the last decade, Nebraska’s second Congressional district is one of the two most competitive in the nation. So why can’t Democrats consistently win here? They don’t ignite the base, and they don’t go out and talk to voters.

I’m the first serious progressive candidate to run in Nebraska’s second district. I’m pro-choice, I support common-sense gun safety regulation, I’m passionate about health and environmental protection, and I’ve opposed the Keystone XL pipeline. I will fight for a Medicare for All system because healthcare is a right. I also will fight for debt-free education, because I’m tired of seeing students, even at Metro Community College where I serve on the Board of Governors, drowning in student loans. The U.S. has to compete in a global market by investing in green and healthy housing. Climate change is the number one moral and national security threat to our children, and we need to address it now.”

Now Kara needs our help to beat a tougher candidate in November, Republican incumbent Don Bacon, a Trump rubber stamp very much out of touch with voters in the Omaha Metro. 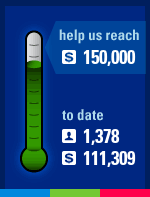 With the DCCC already signaling they’d rather let Bacon stay in his seat then help a progressive win it, Kara is going to need our help more than ever.

She’s a fighter and winner. Please contribute what you can by clicking on the Blue America 2018 congressional thermometer above.