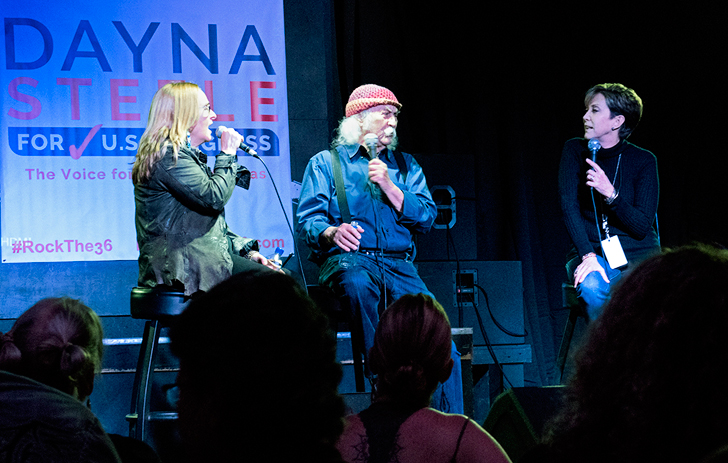 If Dayna Steele was just another garden variety Democrat, there would be little reason to talk about her November contest against far right incumbent, Brian Babin. But she isn’t. Dayna is an icon in the district, once the music director for KLOL, Houston’s top rock station. Everyone knows her as the person who introduced them to their favorite artists. She starts with a bigger name recognition, at least in the Houston part of the district, than the backbencher incumbent. Oh, and she won her primary 72% to 28%.

TX-36 has a prohibitive R+26 PVI, a district Trump won with 72%. But because they already know– and like– Dayna, voters in the sprawling east Texas district are willing to hear her out. When she talks to the voters about Medicare-For-All, making community college and career training free, a $15-an-hour minimum wage, fighting for sensible gun reform, the right to choice, equal pay, protection from sexual harassment, and equal opportunity, passing the DREAM Act and rejecting Trump’s Wall, progressive issues start making sense to people who have listened to too much Fox News for their own good. She told me that following the March primary, an election judge in her district reached out to say, “I’ve never seen so many Republicans walk into our polling place and ask how to vote for a Democrat, specifically Dayna Steele.” 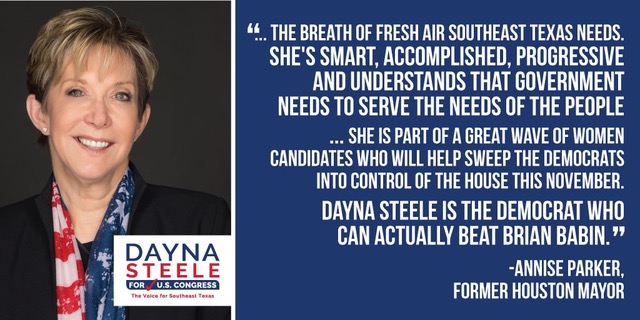 We need to be a nation that invests in healthcare, education, jobs, and people – not corporate insurance and big pharma, low wages, and division. The United States is risking its prosperity AND its Democracy by leaving so many Americans behind.

Many now see that Medicare For All would cost us less and create a stronger workforce. Internet access as a part of the public infrastructure would create countless opportunities for everyone. More emphasis on jobs that will carry us into the future such as wind and solar power, computer programming and even medical marijuana would grow the economy.

At the same time, there is so much more that ALL Americans are concerned about including immigrant children being held in detention centers, rampant racism, for profit prisons, foreign intervention in our elections, and the untruths we all know must be called out.

These are the reasons many people, not just Democrats, are coming to and supporting our campaign. Then, there is the really big reason at the top. My husband aka Wonder Husband has always told our kids, “No one is totally worthless. They can always serve as a bad example.” That’s Trump everyday and this week he sent even more voters our way with his “I can pardon myself” tweet.

As a motivational speaker and author, I’ve spent years teaching audiences and readers that “the more you do to make someone else successful, the more successful you will become.”  A lot of that comes from the way I was brought up by my pee wee league football coach father. He always taught me that you are “only as strong as your weakest team member” and to “do what it takes to bring that weakest member up.” 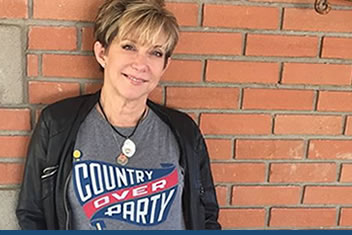 “I plan to set a good example for and serve ALL Americans.” –Dayna Steele for #TX36

Dayna’s campaign is in the reddest district Blue America has ever been involved in. If she wins in November it will be an indication that Americans are coming together everywhere to “just say no” to Trumpism and to congressional Republican enablers who are aiding and abetting. Please consider helping her here.